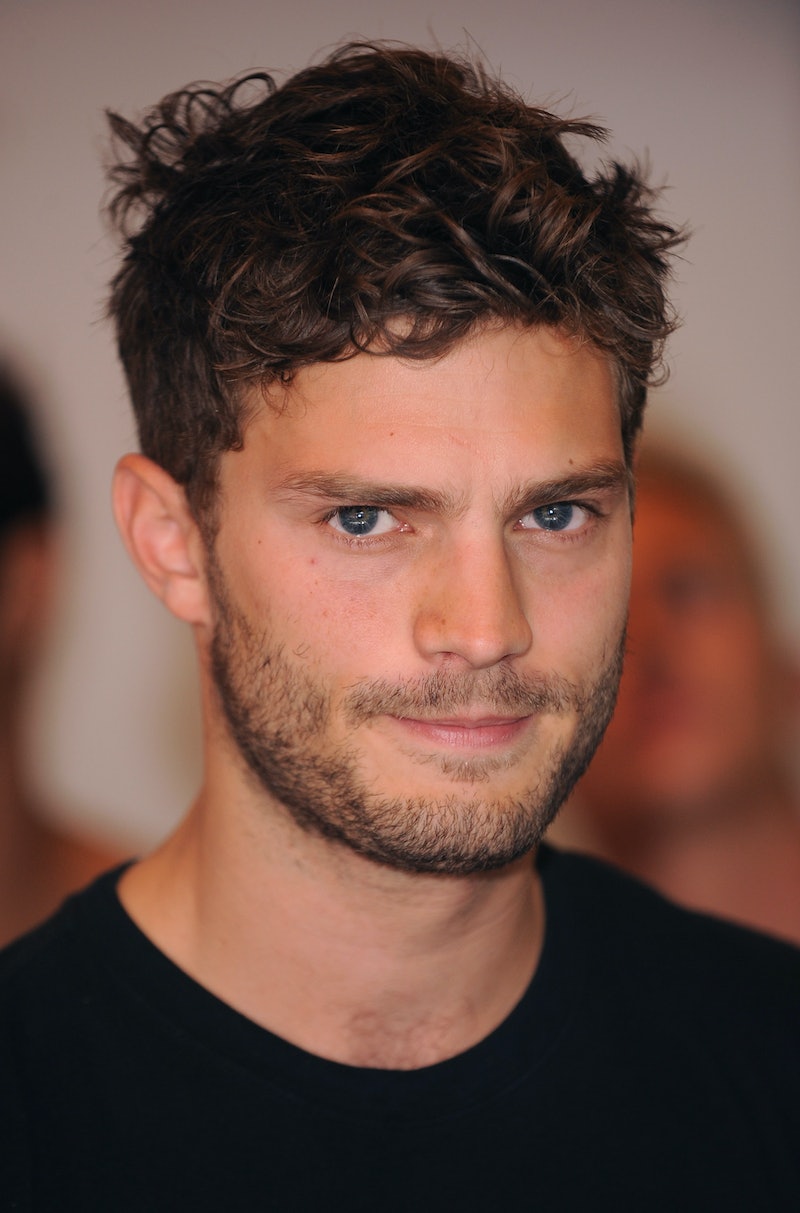 Ever since it was announced, the world has lived in anticipation of the Fifty Shades of Grey movie — eager or otherwise. And now there is a brand new Fifty Shades of Grey trailer that debuted as promised during Scandal. Because our Thursday nights needed to be that much crazier I guess.

Questions still remain, of course, as to how they’re going to pull off this film, and those questions will keep on coming right up until the first public screenings, but as of tonight, it seems they are at least not shying away from the sex, given how many sexual(ish) shots were included in the trailer. Which is good since the story without the sex is pretty...let's just say lacking.

Other than a few extra shots of the protagonists in states of undress and compromising positions, the trailer also features another Beyoncé song, this time "Haunted" off of her new album which may be an even bigger endorsement than Jamie Dornan's abs. Beyoncé rules all.

Plus, given the final shots, I'm assuming the trailer is actively trying to seduce its potential audience right through the screens.

More like this
Why The '365 Days' Sex Scenes Are Good, Even If The Movies Aren’t
By Arya Roshanian
Watch The Dramatic First Trailer For Netflix's Jennifer Lopez Documentary
By Alyssa Lapid
'Avatar 2' Now Has A Teaser Trailer & Release Date
By Jack Irvin and Alyssa Lapid
Long Live Bennifer!
By Allie Jones
Get Even More From Bustle — Sign Up For The Newsletter