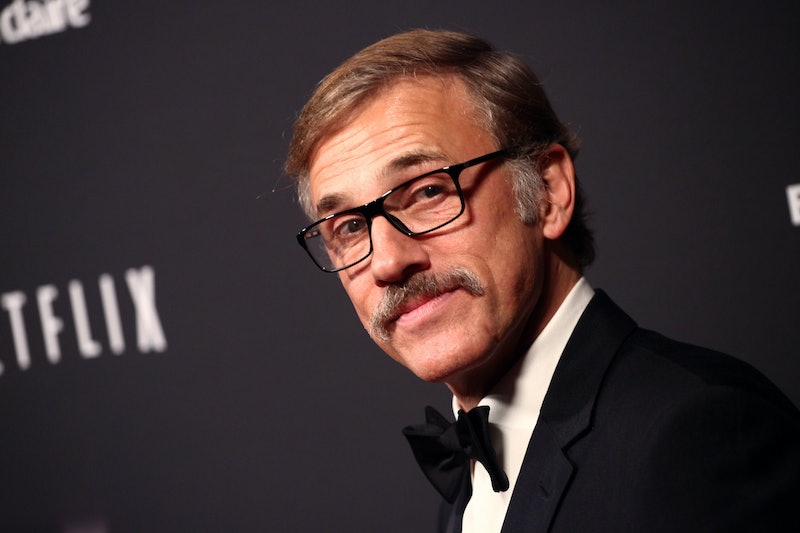 Even without official confirmation of the nature of the role that Christoph Waltz might be playing in the upcoming James Bond movie, we’re all jumping to the same assumption: villain. Maybe that’s on us — maybe we’re the ones projecting villainy on the yet unrevealed character. Maybe it’s a result of Waltz’s career-defining turn as Nazi detective Hans Landa. Maybe it’s because the man, in real life, is just a trifle menacing. Or maybe it’s because the world cannot conceive of a Bond movie, even a Bond movie released in 2015, with a German good guy.

The first Bond film, Dr. No, hit theaters in 1962 — though the Western media’s principal target for demonization by that point was Russia, it’s hardly as though the Allies had reached a “forgive and forget” platform when it came to Germany.

The titular Dr. Julius No was illustrated as half-German, half-Chinese, all baddie. As the Cold War thickened, the Bond franchise’s antagonistic well shifted East — its villains would hail from Poland, Latvia, Greece, Afghanistan, and most of all Russia, though without abandoning its embrace of German enmity altogether (characters like the omnipresent Blofeld and Christopher Walken’s Max Zorin represented partial German roots; the latter also bore ties to the KGB). Eastern focus notwithstanding, the era did feature a small sum of MI6 foes hailing from the likes of Italy, Catalonia, and even Harlem.

Years operating under a deliberately anti-Soviet regime came to an abrupt close at the end of the 1980s, when Timothy Dalton usurped the James Bond character from Roger Moore. Dalton faces villains from the Americas: the U.S.’s own Brad Whitaker and Latin American drug kingpin (that’s opening up a whole other stereotypical can of worms) Frank Sanchez.

Dalton’s successor, Pierce Brosnan, is even more impressive in this regard: over the course of four films, he faced an almost exclusively English adversarial troupe: Bond villains Alec Trevelyan, Elliot Carver, Elektra King, and Gustav Graves all hailed from Great Britain.

But then came the Daniel Craig years, and a reversal of attitudes to favor, in many ways, the days of Bond yore. Foul play was again outsourced to mainland Europe (with characters like Le Chiffre, Dominic Greene, and Raoul Silva/Tiago Rodriguez) and to South America (the Bolivian General Medrano). And now, as the possible casting of German-Austrian actor Waltz might suggest, we’re back at the original source of evil.

The issue with German villainy in movies — a phenomenon that certainly exceeds the parameters of the Bond universe — is less one of true toxicity than it is of sheer laziness. As indicated by the lot of readers who jumped immediately to the assumption that Waltz would be playing a criminal mastermind, our culture so readily associates a German accent with wickedness.

And it’s not the fault of the viewing public alone. A favorite instance of Hollywood’s incessant criminalization of the German identity is Valkyrie. Although every character in the World War II movie is in fact German, anyone watching will note a stark discontinuity in inflection: hero Tom Cruise speaks with his natural American tongue; Cruise’s good guy associates boast English accents; the bad Germans speak with thick German accents; and finally, we have Hitler — the only man in the film to actually speak German. Valkyrie is a particularly extreme example, perhaps, but one eminent of an industry’s ideas of what defines a specific ethnicity.

Sure, it might not feel as pressing a cultural issue as the rampant depiction of women as subordinates, black men as thugs, and Latin Americans as (here we are again) drug runners, but it’s hardly one that we should wave by without concern. After Skyfall’s irksome utilization of Raoul Silva’s supposed homosexuality as a device of menace, eyes are on the Bond films to deliver a villain that isn’t assigned to regressive stereotypes. Quite frankly, German heritage is itself a stereotype when it comes to movie bad guys… and might be one we want to leave in the dust if we’re hoping to challenge viewers.