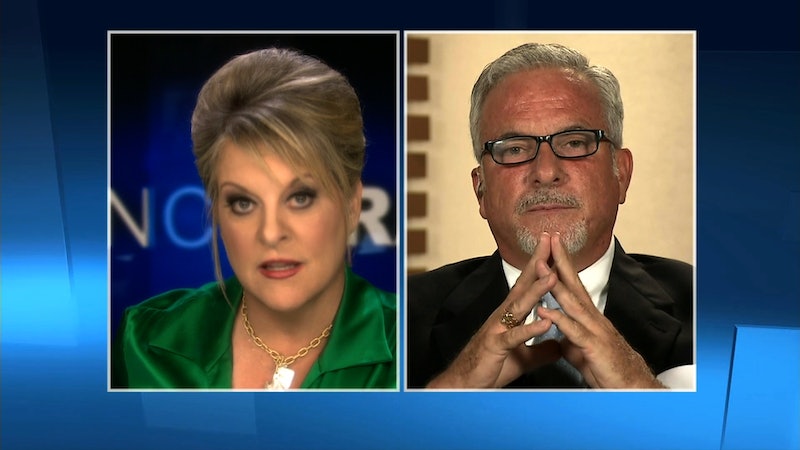 Since George Zimmerman fatally shot Trayvon Martin in 2012, one person has stayed by his side, even when the majority of the public and media chastised the shooter. That is, until now. After having a change of heart over his self-proclaimed self-defense story, Frank Taaffe testified against Zimmerman before a grand jury in Orlando on Wednesday. The former Zimmerman cheerleader brought forth new evidence that could suggest that Zimmerman had racially profiled Martin before the shooting.

Prompted by this revelation and recent events with his own family, Taaffe says he wants to make amends with Martin's family, but it'll be pretty difficult to forget the racist comments he's made while defending his onetime friend.

During the testimony hearing Wednesday, Taaffe told the jury that just days after the shooting, he received a phone call from someone claiming to be Zimmerman who said "something that was pretty disparaging to Trayvon and to African-Americans." The call was made from an unknown number, so he couldn't be sure whether it really was Zimmerman. At the time, he told the court, he chalked it up to a prank call, but now he thinks it could have been Zimmerman, and if it was, then the argument that he had racially targeted Martin becomes more likely. If the jury rules against Zimmerman, he could face federal charges for violating Martin's civil rights.

However, the phone call is not the only reason Taaffe is having a change of heart. Before the court hearing on Wednesday, Taaffe, who has been a fixture in the media since Zimmerman's arrest, told reporters that one major factor in his decision to testify was "death." He revealed that he had recently lost both of his sons, which led him to think about the shooting from a different perspective, one that was more empathetic to Martin's parents. He told the reporters, "This is a young man who didn't deserve to die."

That is a very different tune indeed from the one he once sang during the hundreds of interviews he gave to the press after the shooting. Taaffe, who was Zimmerman's neighbor and fellow neighborhood watch member, has spoken to nearly every news outlet, from the New York Times to Fox News, defending Zimmerman. But why? Could there have been more personal motivation?

Last August, Mother Jones exposed Taaffe as an outspoken racist, who has made remarks like "[African-Americans] don't want to be with us and we don't want to be with them." According to the site, Taaffe had also justified Zimmerman's racial profiling because "young black males" had burglarized homes in their neighborhood. The site says that Taaffe even tweeted at one point, "The only time a black life is validated is when a white person kills them."

Now, suddenly, Taaffe is speaking out against the kind of racial profiling that Zimmerman is accused of, telling reporters, "If there's a young man that's not doing anything but talking on the phone, in the rain, sauntering about, let it go. You know, that's why we have law enforcement ... let them handle it."

But that's not all he said. Taaffe also told reporters that his daughter had been ostracized in the Marine Corps because of his support of Zimmerman and it strained their relationship. According to Orlando's Channel 9, Taaffe admitted that while he does want to make amends with the Martin family, he knows he'd have a lot more to gain from testifying.