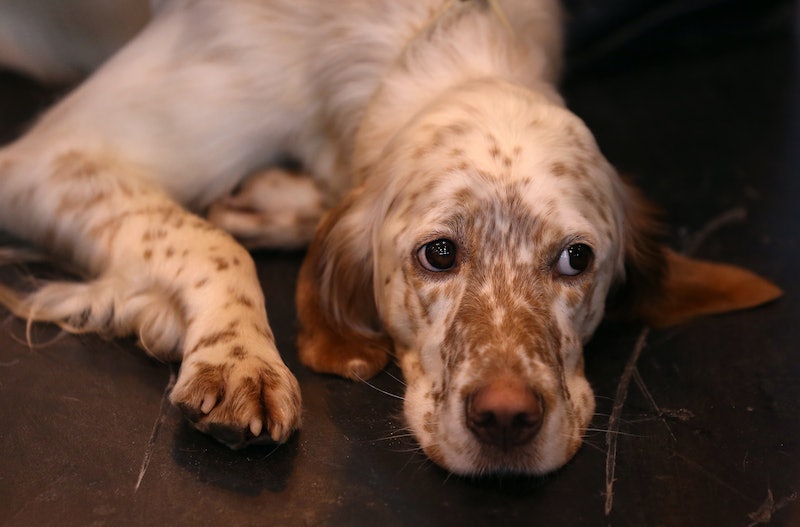 Here’s something to consider before adopting your next pet-child: data-journalist David McCandless has managed to quantify which dogs are the best versus which are the most popular. This is great news, of course, for those of you who’ve ever tried to justify adopting a Pekingese (because why not just take in a wookiee, amirite?). In his new book Knowledge Is Beautiful: Impossible Ideas, Invisible Patterns, Hidden Connections—Visualized , McCandless lays out the overratedness of dogs in an organized graph, ranking their respective “data scores” (i.e. their weighed costs and benefits) by the sum of each breed’s intelligence, longevity, ailments, costs, grooming, and appetite. And wouldn’t you know that everyone’s favorite cutie, the bulldog, is actually ranked the lowest (obviously “drools all over everything” was weighted heavily).

Other popular, albeit “inexplicably overrated” hounds included Great Danes, Mastiffs, and Saint Bernards, all possibly having something to do with their sheer mass. The winner of McCandless’ affections based on his stipulations? The Border Collie, coincidentally, who is infamous for his intelligence and agility. Terriers also ranked highly, along with spaniels, terriers, and Whippets (no, not those kind). Before you get heated, however, it's worth noting that very little explanation goes into backing up how each of these breeds were pitted against one another, but it’s probably safe to surmise that McCandless didn’t throw this thing together overnight.

Oh and side note, you know who else ranked highest on McCandless’ list? Cats. Cats did. And you know why? Because all cats everything, that’s why.

Anyway, here’s the graph so you can see where your best bud ranks on the McCandless scale: