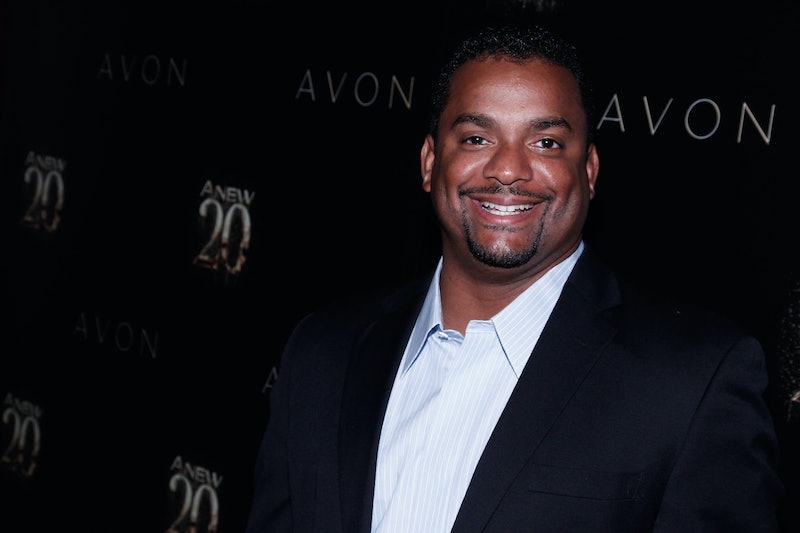 Update: Good news! Alfonso Ribeiro, being the trooper he is, is said to be doing better after injuring himself during Dancing With the Stars rehearsals: In a new tweet from Ribeiro himself on his Twitter account, the actor said, "Hey #TeamWitfonso thanks 4 all the love. I'm working really hard to be able to dance Monday. Keep the prayers coming. Love you all."

Similarly, Ribeiro's wife, Angela Ribeiro, tweeted a bit of even better news about her husband's condition: "Went to rehearsal to help massage my hubby's back during breaks. He's much better today, thankfully. #TeamWitfonso."

Previous: As amazing as it was to see Alfonso Ribeiro once again recreate The Fresh Prince of Bel Air 's Carlton dance on Dancing With the Stars , it looks like it sadly might just be his downfall: According to a report on TMZ (which is thankfully still unconfirmed — and hopefully stays that way) Alfonso Ribeiro may have to leave Dancing With the Stars after he suffered a hip injury during that performance which led to a much more serious back injury this past week.

Our DWTS sources say Ribeiro injured his back during rehearsal Wednesday night as he tried to overcompensate for a groin injury which he suffered on the show, performing his signature move.

The back injury is bad — he’s having trouble even walking. Alfonso skipped rehearsals Thursday so he could get an MRI.

Apparently, according to the report — should it be true — the next 48 hours are "critical" in telling whether or not Ribeiro will be able to go on in the show, but "they say there's a real chance he can't dance."

Considering that, up until now, Ribeiro had been performing extremely well in the competition, this would not only be heartbreaking for fans, but, surely, also Ribeiro himself — it's so clear from his performance of the Carlton dance last month that he's loving his time on the show, so it would be heartbreaking to see it torn away from him like this.

Here's hoping he's going to be all right.

More like this
Stormi Just Walked A Red Carpet With Mommy Kylie Jenner & Daddy Travis Scott
By Hugh McIntyre
Twitter Is Upset About The 'American Idol' Top 3 Results: "Who TF Is Voting?"
By Jake Viswanath
How 2 'American Idol' Singers Performed With COVID-19 & Made It Into The Top 5
By Jake Viswanath
Sam Ryder Is Ignoring The Eurovision Hype, Too
By El Hunt
Get Even More From Bustle — Sign Up For The Newsletter