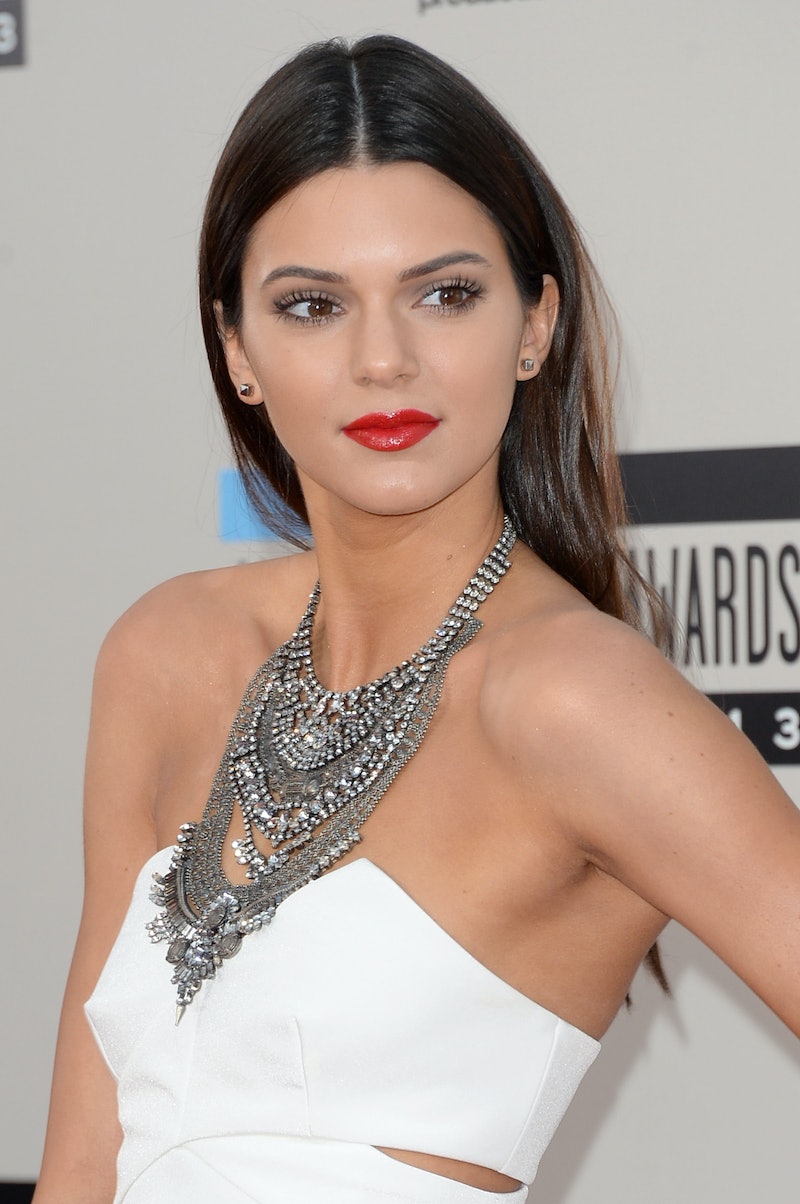 With her starring role in the Givenchy Fall 2014 campaign and her sheer ubiquity at both Fall and Spring fashion weeks, we can easily call 2014 the year of Kendall Jenner. In her biggest professional break yet, Kendall Jenner is the new face of Estee Lauder. Yesterday, she was just your regular old high-fashion-model/ Hollywood-rich-kid next door. Today, she's a spokesmodel.

On Saturday, the beauty institution announced that the 19-year-old model/ Kardashian family member would front their newest campaign, a position held before by Joan Smalls, Constance Jablonski, and Liu Wen. Vogue.com's Mackenzie Wagoner posits that Jenner, as one of the most recognizable faces of the Instagram generation, was a shrewd choice for the role: "When it comes to an arresting beauty look, Jenner is the full package... And with her skilled mastery of the selfie, she seems poised to capture every last swipe for her legions of followers." For the makeup giant, started in 1946, Jenner and her Instagram legion clearly represent an opportunity to get down with the smartphone generation. Oh, those youths.

Along with the announcement, Estee Lauder released the following behind-the-scenes-style video of Jenner waxing poetic about her first memories of playing around with makeup. Prepare yourself for the requisite clips of Kardashian family home movies that this situation calls for...

Jenner shared some teaser shots of the campaign, where else, but Instagram.

What's more, Kendall appears in the upcoming December issue of Vogue with a 13-page spread shot by Patrick Demarchelier. Just guessing here guys, but I'm assuming the aim of this Kardashian Kover is probably not to "Break the Internet"just for sh*ts and giggles. Then again, isn't that always the goal nowadays?