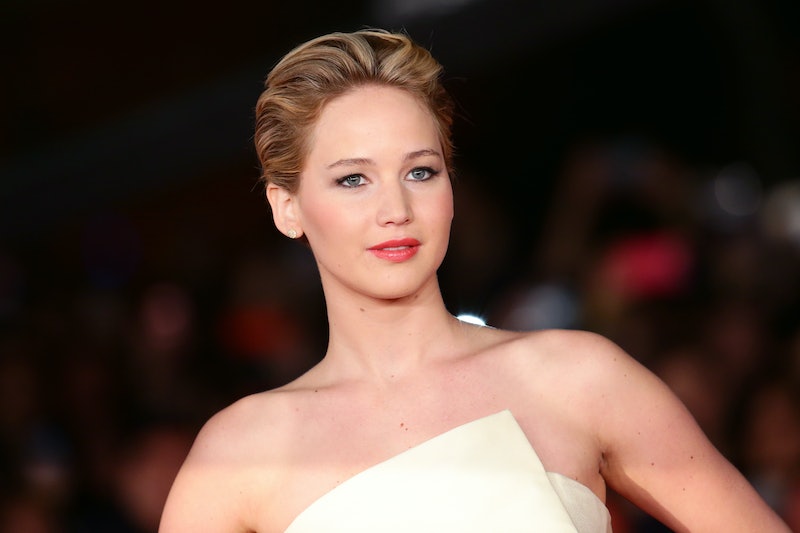 There are so many things I love about Hunger Games actress Jennifer Lawrence. In addition to our shared love of Cool Ranch Doritos (and just food in general, really), her spazzy nature, and charming clumsiness on the red carpet, apparently, she’s also quite the heroine: And what’s not to love about someone who does things for others? After she basically saved someone’s life in LA two years ago, People reports that Jennifer Lawrence saved one of Katherine Heigl’s many dogs — thus proving she has continued to do good deeds for the world, and is probably an undercover superhero.

OK, so the dog wasn’t in any imminent danger, but Heigl’s pup, Gertie, did somehow manage to escape from the actress’s hotel in New York City on Thursday after Heigl left to use the ladies room. Thankfully though, Gertie didn’t get too far, as JLaw was there to rescue her.

“I had to use the facilities, so I went to my mom’s room because a lot of people were in my room,” Heigl explained on Friday during a visit with Today. “[Gertie] gets really upset and nervous if she can’t see me or hear me. So she must have snuck out of my room. We heard this voice from the hallway, ‘Whose dog is this? Somebody lost their dog!’ So my mom goes out and it’s Jennifer Lawrence who has my dog.”

Unfortunately for Heigl, the entire incident happened so quickly that she didn’t even get to thank the actress.

Although I’m sure she was especially grateful that her dog was safely returned to her, Heigl’s additional excitement over Lawrence being the one who saved Gertie is completely understandable. I love Lawrence but have always admired Heigl as well, despite many claims that the State of Affairs actress is difficult to work with. I mean, anyone who loves animals enough to own 34+ of them and who has a JLaw obsession just like the rest of us do must be an awesome person.

Just goes to show: Both of these women are incredible.