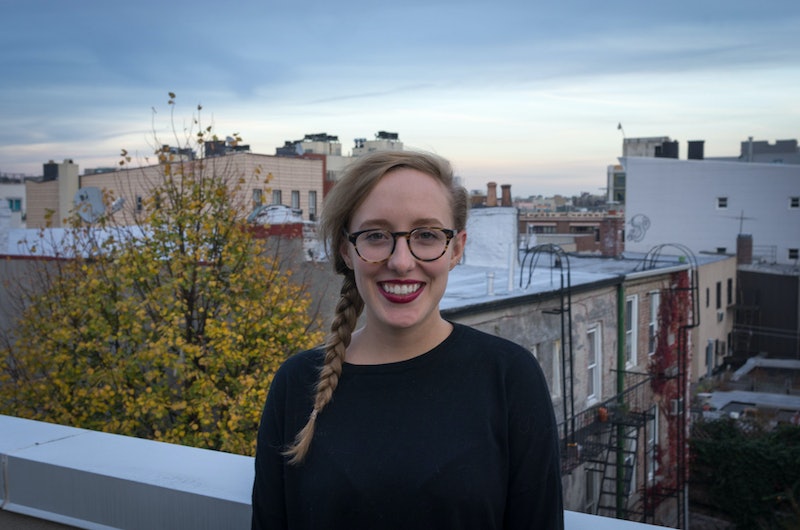 For the most part, I'm pretty OK with my hair. While I struggled with stick straight strands growing up (no amount of hairspray could make my cascading curls last through all of prom), its gotten some decent waves since I moved to New York (a pleasant side effect of pollution, perhaps?) and generally does what I tell it to. However, whenever Blake Lively or Lauren Conrad post a photo of their perfectly tousled fishtails, I want to throw my phone across the room in a rage of jealousy. How to make braids thicker is hair conundrum I struggle with to this day.

Now, the easiest way to give the illusion of Rapunzellian locks is to clip in extensions before you get to plaiting. I'm very pro fake hair if it's going to make me look like a Disney princess, but good extensions are expensive — and cheap extensions look like... well, cheap extensions. So, after rocking a braid that could have easily been mistaken for a skinny little garden snake hanging off my head for the longest time, I took matters into my own hands. These two plait-thickening methods are easy enough for a beginner to pull off, and only add a minute or two on to your hair routine. They do work best on dirty hair though — squeaky clean strands are never going to look elegantly disheveled, especially if your hair is pretty fine, like mine.

I used a fishtail to demonstrate this method — since mine are particularly thin — but it works with pretty much any kind of braid you want.

Apply your favorite dry shampoo/texturizing spray to the lengths of your hair. I'm particularly fond of Fudge Urban Brush & Go Dry Shampo for soaking up oils and adding a nice, thickening grip to otherwise thin locks.

Lightly backcomb the lengths of your hair, focusing on the underneath bits. You can tease the top too, but you'll end up with an extra tousled look (which can be cool.)

Braid as you normally would, then gently tug at each section of hair to loosen it. If you pull too hard, the braid will fall out — if not right away, then after about an hour or so.

Sure, it's a more disheveled look, but it's also a whole lot thicker.

This one takes a bit more time than the tease and tug, but it makes for a more uniform final look, and can just about double the size of your braid.

Pull your hair into a side ponytail with a clear hair tie, then separate into two equal sections. They should be one in front of the other, rather than side by side.

Braid the front section of hair into a regular three strand braid, then gently pull at the sections. You're going to weave the other hair into the braid, so the looser you can get it (without the whole thing falling apart), the better.

Separate the back section into three equal parts.

Following the original braid's path, weave the three strands through one at a time. You're basically creating a second braid on top of the first, which doubles the size.

The main takeaway here should be to always tug at your braids. Tug hard.

Wow! Amazing! If you want, you can cut the top elastic for a more fluid effect.