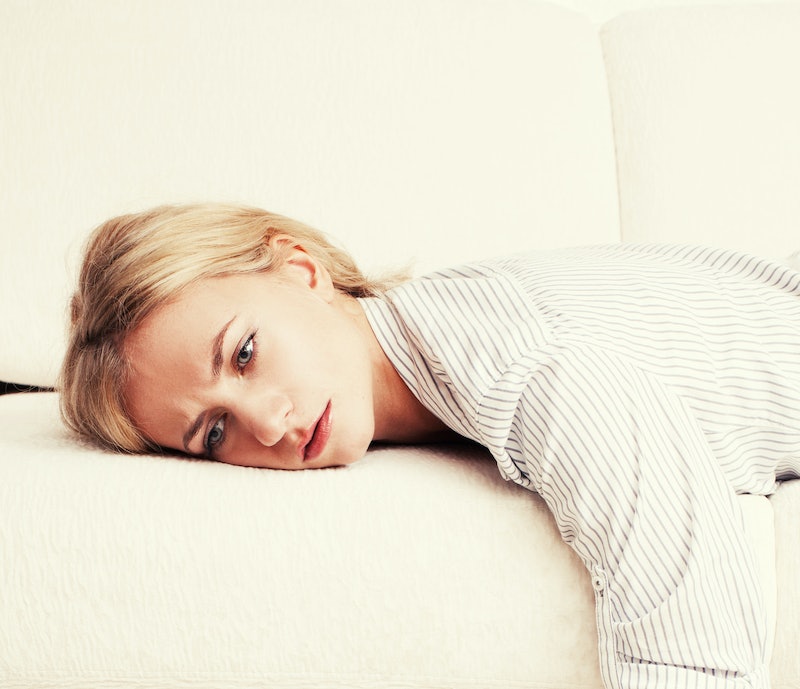 Encouraging people to take mental health seriously has often meant equating mental health conditions like depression with "real" diseases, like the flu. Since having the flu isn't really your fault, and since the flu involves undeniable physical ailments, this helps us to feel more sympathetic to mental health patients, too. But this comparison may be even more legitimate than we thought: a researcher now claims that depression should be understood as an infectious disease, caused by a parasite, bacteria, or virus. This claim is gross, and surprising. Is it true?

For starters, notice that very many people suffer from real depression at one time or another in their lives: by some estimates, almost seven percent of Americans were depressed in the past year. When a condition is that prevalent, it begins to seem less like some genetic fluke resulting from a "brain chemical imbalance" and more like a population-level affliction.

Physical symptoms are common in depression too, and they're predictable: headaches, sleeping problems, back pain, and fatigue, for instance. Chemical imbalances in the brain could generate these symptoms, but a depression-causing infectious agent could, too. Depressed people show signs of inflammation, and depression may result from the body trying to deal with it, but something had to cause the inflammation — and in some cases, it could be an infectious agent.

People tend to avoid others with depression, and depressed people avoid others right back. Could this be some kind of defense mechanism against transmitting the depression infection? Further research is definitely required. Maybe something in our modern environments is exacerbating the infectiousness of depression. As it turns out, many other infectious diseases (like Ebola and West Nile Virus) have resulted from changes to our natural environments that allow these diseases to emerge and proliferate.

Why haven't humans evolved to fight depression more effectively? Well, some research suggests depression does have some upsides so its sufferers may benefit in a way. But although ruminating on your problems really does help you to solve them, it's sure not the most pleasant solution (and it's obviously especially not constructive in cases where depression leads its victims to suicide).

If depression is in fact caused by a parasite or germ, that discovery would help us to begin treating it more effectively. It would mean that our current treatments, like therapy and medications, are just attending to the symptoms of that infection, instead of eradicating the infection itself. Science is great and has come a long way, but so much remains unknown about the human body (have you heard of all the recent discoveries surrounding gut bacteria, for instance?) More knowledge will mean more power to turn depression into a thing of the past for the millions of people it makes miserable each year.

More like this
I'm Going Off My Bipolar Meds to Try to Get Pregnant
By Anonymous, as told to Anna Goldfarb
5 Crystals For Anxiety
By Megan McCarty
5 Crystals To Manifest Better Sleep
By Megan McCarty
The 8 Best Professional Manicure Tools, According To A Nail Technician
By Mackenzie Edwards and Danielle Calma
Get Even More From Bustle — Sign Up For The Newsletter