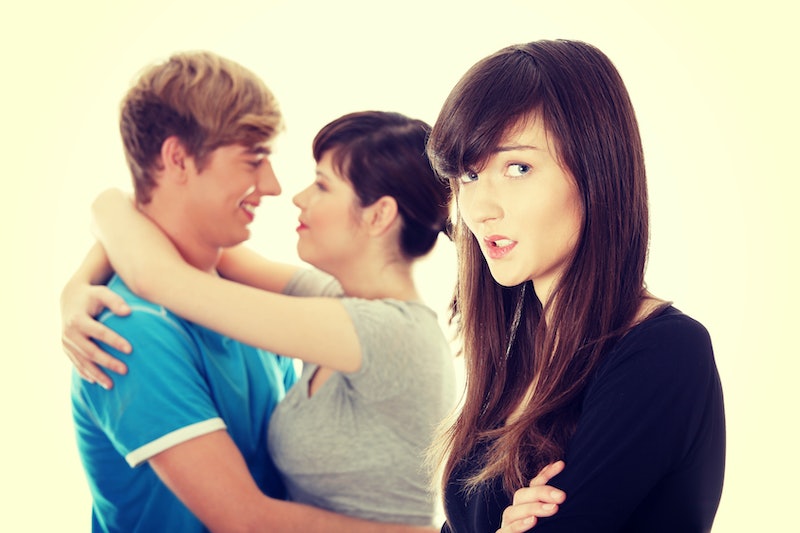 Everyone loves to joke about couples with coupley Facebook presences... until they're part of a couple themselves, and then the sappy pictures start cluttering our feeds almost immediately. What gives? You may have suspected that couples are broadcasting their happiness even though it kind of annoys others, and you'd be right: psychologists have just released a new empirical study of relationship posts on Facebook, and it proves exactly that:

Using over 100 young, heterosexual Canadian couples as their participant pool, the psychology researchers first hired unbiased "coders" to judge how prominently the relationship was reflected in participants' profiles, as well as how committed and satisfied each couple appeared to be. Surprisingly enough, "coders' ratings of satisfaction and commitment were significantly associated with participants' respective self-reports" – i.e., participants probably weren't lying with their Facebook profiles, trying to make themselves look happier to Facebook friends than they really feel.

As someone who has posted plenty on Facebook about relationships (and other matters) plenty over the past ten years, I find this research interesting but far from action guiding. Sharing about your relationship on Facebook might make you slightly less likable to others (especially amongst your relatively loose social ties), but it's not about to be the overriding factor in whether you have any friends at all.

Some people want to make their relationships seem happy because – surprise – they are happy. In this sense, social media usage can be just as much about honest self-disclosure as it is about deception. Though dwelling in a state of "social comparison" induced by Facebook makes people sad, it could also be motivating. There's reason to think that married people are happier than single people (and married people are also happier than cohabitors), but Millennials are marrying later than every generation prior to them. If some jealousy-provoking Facebook browsing sessions are what it takes for my cohort to learn that and grow up, then maybe that's worth it.