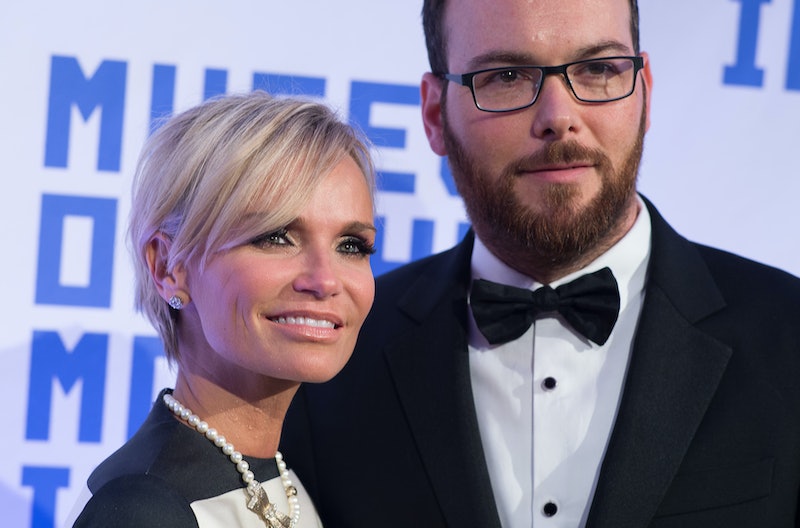 Long distance relationships are difficult for anyone. I say that because I’ve been in two myself and have several close friends who have experienced them as well. They’re rough. So knowing that celebrities are usually busy in the studio, working on set, and attending red carpet premieres — all while making time for family and friends as well — I can see how much harder it might be to date someone who doesn’t live nearby when you’re one of the famous. And unfortunately for one celebrity couple, it looks like the distance won: Kristin Chenoweth and Dana Brunetti have called it quits.

The former Wicked and Broadway star and her producer boyfriend parted ways, according to Us Weekly, because they just couldn’t make the time to be with each other due to their busy schedules.

“It was just the distance,” a source told Us Weekly. “Dana’s career is jetting off right now, and Kristin traveled a lot already, and they just barely had time to see each other. He’s producing House of Cards now, speaking at conferences, and has to see his kid as well. Just didn’t make sense for either party to continue.”

I can imagine that, like most breakups, this is probably hard for the two who began dating a little less than a year ago, I respect that Brunetti makes his father duties top priority. Additionally, with Chenowith’s work for the upcoming animated movie, Strange Magic, and Brunetti’s work on House of Cards, I can’t imagine they had much time to visit each other, let alone Skype. Yet based on the reason for their breakup, it appears that it was mutual and there probably aren’t any hard feelings. Who knows? Maybe one day, when they’re not so busy, they’ll rekindle their romance.