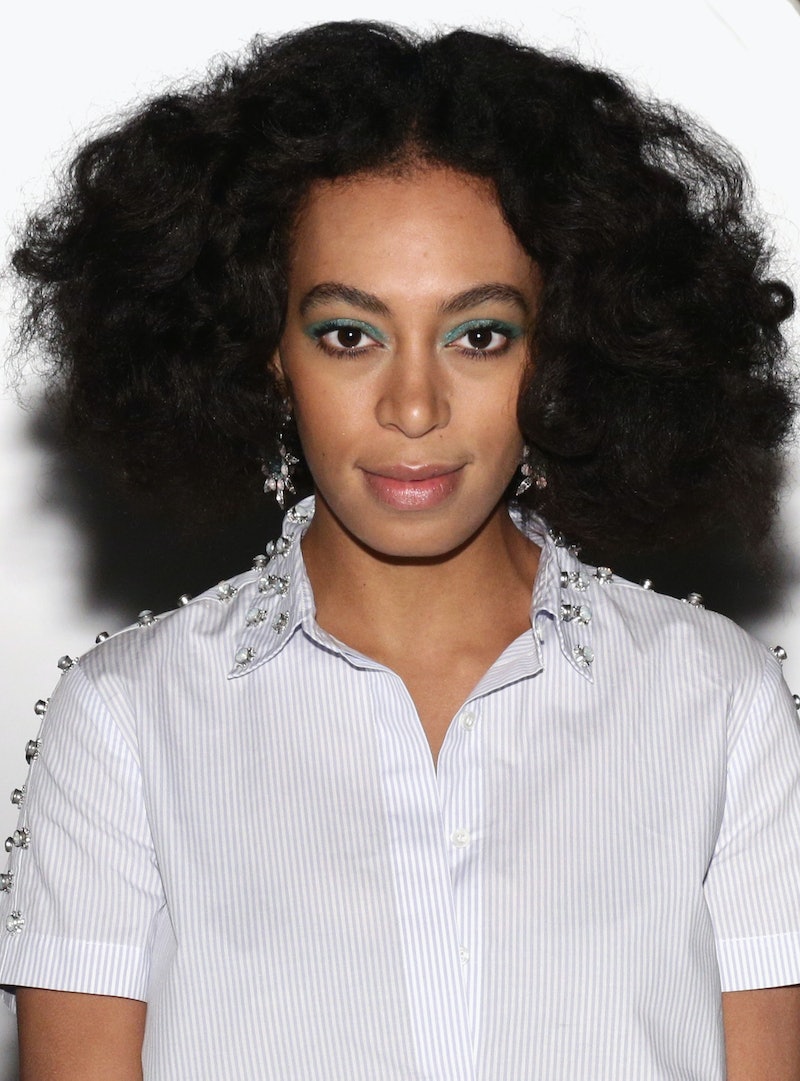 Congrats to the happy couple! Beyonce's sister and singer Solange Knowles just got married to her longtime boyfriend, the music video director Alan Ferguson. They wed on Sunday the 16th at the Marigny Opera House in New Orleans in a ceremony that included Beyoncé, Jay-Z and Blue Ivy. Ferguson and Knowles adorably rode to the ceremony on bicycles, with flowers adorning Knowles' basket. Knowles broke with tradition in a sexy cream pant suit, while Ferguson wore a white suit. There appears to have been an edgy all white theme, as most of those in attendance were dressed in white. Solange's son Julez from a previous marriage, as well as singer Janelle Monáe, were also in attendance.

Jay-Z's appearance at the wedding eliminates the suspicion that he and his sister-in-law are still feuding after the infamous elevator incident. As Beyoncé says, "of course sometime s**t goes down when it's a billion dollars on the elevator." Jay wore a white suit, while Bey and Blue reportedly wore white dresses.

It sounds like a pretty fun weekend. The night before, the happy couple and the guests reportedly celebrated at the Indywood Cinema, where they watched a montage of Ferguson and Knowles' relationship before screening the 70's Diana Ross film Mahogany.

Here are some of the pics: