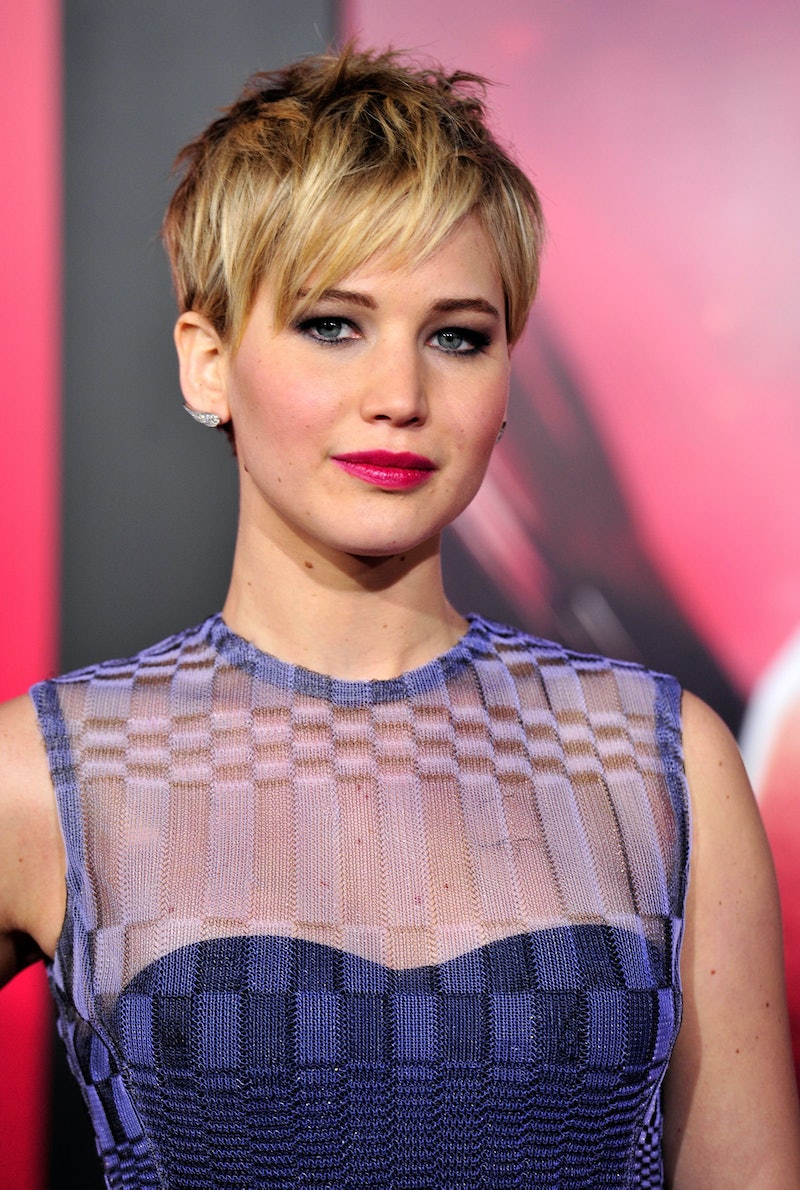 If there's anybody who has a rock solid case against the routine and casual invasion of celebrity privacy, it's Jennifer Lawrence. It makes perfect and tragic sense that Lawrence, as one of the biggest movie stars in the world and someone who has to deal with it every day, is so palpably afraid of the paparazzi, the Internet, and all of us. Which is why it's no surprise that Lawrence wants to combat the paparazzi — and presumably also the people who spread her nude photos — by making it illegal to buy, sell, or post photos that have been obtained through illegal methods.

As she told the AP (emphasis mine):

And my belief, and it's something I am going to work very hard on changing and I hope it changes before I die, is to make it illegal to buy, post or shop a photo that's been obtained illegally. I have photographers that jump my fence ... if somebody jumps my fence and takes a picture through my window of me naked, that's illegal, but the photos can still be everywhere (online) the next day, and that makes no sense!

The drastic measures some paparazzi will take to get their photos isn't something that's unfamiliar in our modern landscape: Paparazzi have literally chased Kim Kardashian down a highway, and they were named as one of the factors that caused Princess Diana's death. We shouldn't have to wait for someone new to die before we start to alter the laws.

Kristen Bell and Dax Shepard championed a campaign earlier this year that helped drastically cut back on the number of Hollywood children who get harassed by paparazzi — why can't there be one for the adults, too? Fame or no fame, no one deserves to be stalked, and there are certainly ways to get candid photos without pushing celebrities into lives laced in fear.

More like this
'Heartstopper’s Joe Locke Is Manifesting A Jennifer Coolidge Cameo Next
By Nola Ojomu
Harry Styles Called For "Backlash" In Powerful Statement On Abortion Rights
By El Hunt
Sandra Bullock, Girlboss Extraordinaire
By Matt Harkins & Viviana Olen
Spice Girls’ Net Worth: The Richest Member Is Wealthier Than The Rest Combined
By Hugh McIntyre
Get Even More From Bustle — Sign Up For The Newsletter