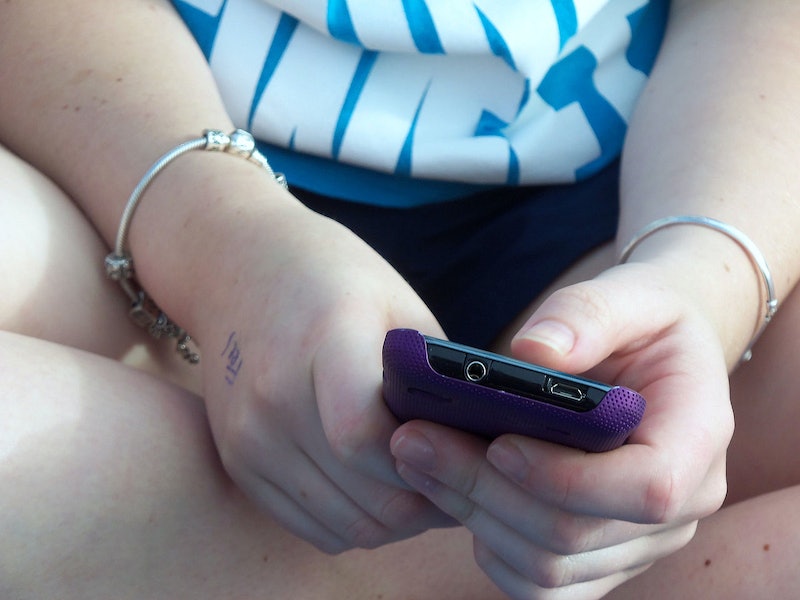 A new study titled “Cyberpsychology, Behavior, and Social Networking” reports that men are more positive about sexting than women. After surveying 278 undergraduate students at a Midwestern university, they found that female students reported stronger negative expectancies (or sextpectancies, as the study says) than males students about both sending and receiving sexts.

Men also reported sending and receiving more sexts than women, though overall 80 percent of the students in the study reported sending sexts and 67 percent reported receiving them. Still, most people said they did not sext frequently, typically fewer than three times per month.

People also had mixed feelings about sexting more or less across the board. Common positive responses were phrases like “sexting makes it easier to flirt” or “sexting makes one feel sexy” while on the negative side of things, researchers heard a lot of comments about how sexting could also be “awkward” or make people “embarrassed.”

Although women reported more of these negative feelings than men did, single people were also more likely to have negative expectations of sexting than those in relationships, suggesting that the negativity is more about risk factor then gender per se. Researcher Allyson Dir attributed the gender gap to the double standards regarding women and sex, suggesting that sexting could have more negative consequences for women if their sexts are shared with other people.

Overall, though, positive sextpectancies were common and few people reported experiencing negative consequences as result of sexting, suggesting that sexting isn’t as high risk as the media likes to think it is. However, since this is only one study focused on one university, more researchers should probably also take a look at some of this, if for no other reason than we can hear academics use the term "sextpectancies" a lot.