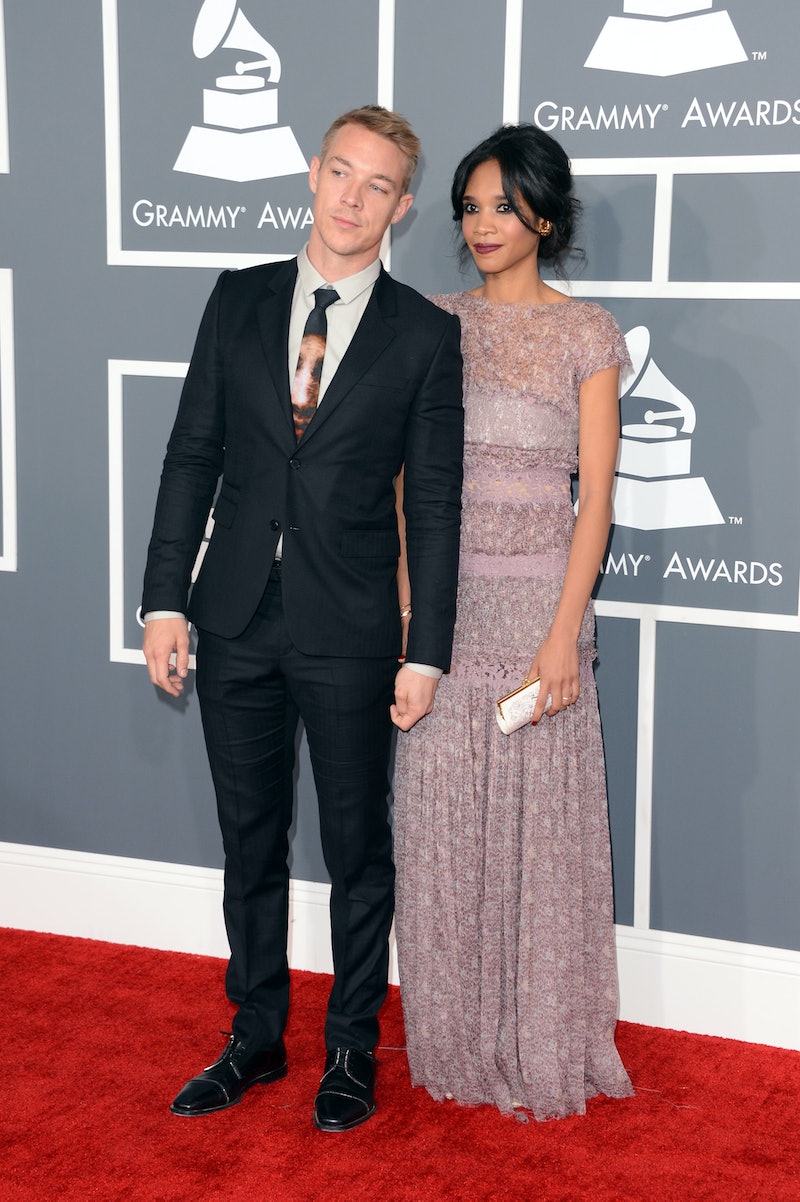 When Diplo isn't starting ill-advised Twitter beef with the Swift/Lorde BFF brigade or allegedly hanging out with Katy Perry, he's reproducing. As Us Weekly confirms, Diplo welcomed his second child Lazer Lee Louis Pentz with ex Kathryn Lockhart. Wait, is something wrong, because I thought he was dating a more famous Katheryn (close enough!) with a penchant for cultural appropriation and being totally face-palmy. So who is Kathryn Lockhart?

Diplo was supposedly striking up a romance with Katy Perry back in April, so it was a bit of a scandal when news came out that the DJ got Lockhart pregnant around the very same time. By the way, this is their second kid. Back in 2010, Lockhart gave birth to her first child Lockett, who is now 4 years old. According to Daily Entertainment News, the couple began dating the very same year when she was still working as a bartender. It wasn't exactly their intention to make a person together, but they were happy to go for it when the opportunity presented itself. Diplo mentioned in a Ask Men interview that he and his baby momma "didn't plan for" the pregnancy but that he "couldn't ask for a better person to share a life with." Aw, Diplo has a sweet side.

Lockhart quit her job to be a full-time mother after Lockett was born, and the pair gave living together a try for a while. Ultimately, they called it quits but stayed in touch for the well-being of their son. Before Chris Martin and Gwyneth Paltrow, Diplo and Katherine Lockhart were the original conscious uncouplers. The only difference is that this consciously uncoupled pair takes breaks from being consciously uncoupled to make more children.

At the moment, Lockhart runs an LA-based children's event planning company called Electric Babyland. In her bio on the company's website, she muses:

I dreamt about being a mother my whole life. I've always had a childlike imagination. Once I had my son Lockett, I was able to put more of my ideas to life, with him as my guinea pig. I found a love for planning all his parties and found that I was very good at it! ... People always said I should party plan for a living, so now here I am giving it a go. I truly enjoy making children's fantasies become a reality.

Sure, why not? Shine on, you crazy diamond.

Here's to more L-named kids in both of your futures. Katy Perry should make an interesting step-mom.