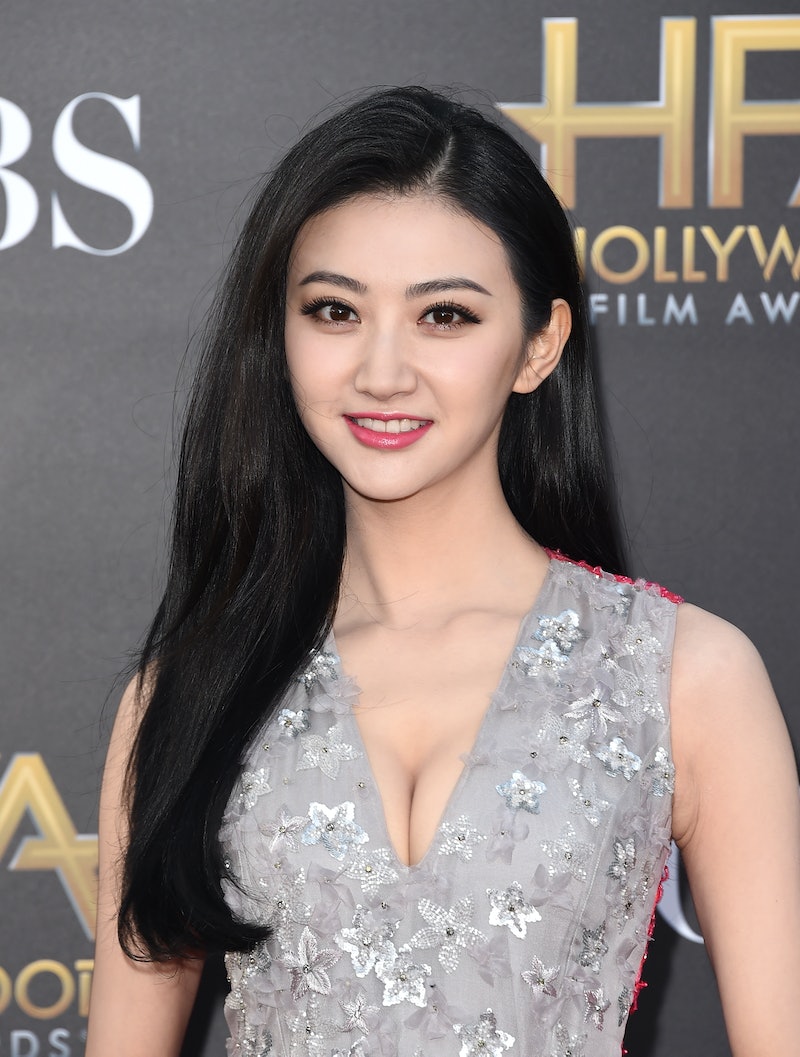 Every once in a while, you just happen to catch sight of a dress that's basically perfection: Like the Carolina Herrera number Lucy Liu wore to the 2013 Golden Globes, or the Elie Saab stunner Elizabeth Banks wore to the world premiere of The Hunger Games: Mockingjay, Part 1. They don't come along every day, but there are some dresses that are just the stuff of dreams... and the Christian Dior gown Jing Tian wore to the Hollywood Film Awards this weekend is one of those dresses.

Tian, who took home the inaugural International Award at the brand new Hollywood Film Awards (which was basically a super star-studded kick-off for awards season), also took home the award for best dressed, IMHO. And that's saying a lot: pretty much everyone in attendance looked supremely fashionable — I especially loved Keira Knightley in Giambattista Valli and Felicity Jones in Alexander McQueen — but no one could quite hold a candle to Tian's sparkler of a gown.

Oyster pale grey, and covered in delicate, crystal-beaded flowers, with a contrasting, coral pink back (which matched her lipstick and manicure, of course) and a metallic gold belt, her ensemble (pulled from Christian Dior's Fall 2012 Couture collection) could not have been more pitch-perfect. Let's take a look:

More like this
Behold: The Best, Most Dramatic 2022 Met Gala Looks Of The Night
By Dominique Norman
Doja Cat Wore Surrealist-Inspired Schiaparelli To The BBMAs
By Dominique Norman
All The British Celebs Who Wowed At The Met Gala 2022
By Sam Ramsden
Machine Gun Kelly Wore A $30K Diamond Mani To The BBMAs
By Paris Giles
Get Even More From Bustle — Sign Up For The Newsletter