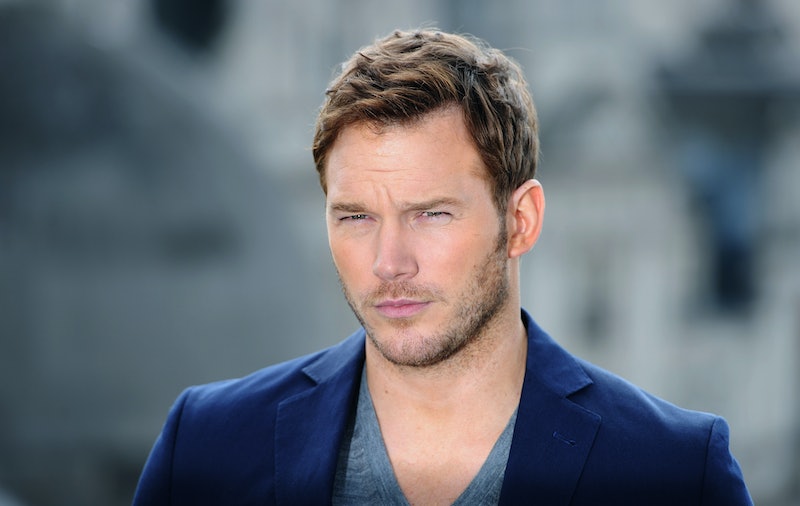 Over the summer, Chris Pratt became a huge success for his role as Star-Lord in Guardians of the Galaxy — and for those abs. But before he was making headlines for his six-pack and smoldering good looks (seriously, this man can make anyone swoon), he was known for being the "fat" and funny guy on NBC's Parks and Recreation. Can you believe that Chris Pratt's weight almost cost him the role of Star-Lord? Yeah, I believe it too, after all, this is Hollywood we're talking about.

In the December issue of GQ (Pratt is one of their "Men of the Year"), it's revealed that everyone thought he was too overweight for the role. As Guardians of the Galaxy director James Gunn said, "I thought it was an insane idea to cast the fat guy from Parks and Rec as the lead of our superhero movie. I didn't really even want to see him." Obviously, Pratt got the role, because Gunn was "blown away" by his talent. I guess he shouldn't have judged him so quickly. By the way, Pratt didn't see anything wrong with his weight, "You can make a talking raccoon that looks real. Why can't I just be fat?" Amen, Pratt. Amen.

Gunn also said, "I thought, 'Well, hell, he's overweight, but if that means we have the world's first overweight superhero, I'm okay with it.'" Are you sure, Mr. Skeptical Director? I'm glad he finally looked past Pratt's appearance and based the role on Pratt's genius talent, but, of course Pratt did end up losing weight and getting in ridiculous shape for the part.

Pratt even said he found comfort in "the challenge" of getting ripped, but don't expect "Fat Pratt" to return, because the actor said he is "gone for good."

Pratt's audition just goes to show you that females aren't the only ones dealing with body image issues in Hollywood. Don't get me wrong, as the muscular and fit Star-Lord, Pratt is one sexy man. I enjoy looking at him, but part of what makes him so attractive is his personality and talent. It's frustrating that a superhero (or any role, really, and whether it's a man or woman), is defined by his or her physical appearance. I understand that "traditional" superheroes should probably be healthy to "save the world," all while pulling off crazy stunts, but I think it's time that we redefine what a superhero is and kick the stigma of the "perfect" body out the door. Aren't superheroes "real people" too?!

I don't know about you, but I would have still watched Pratt kick some ass as a "Fat Star-Lord." He's freaking talented, hilarious, and was good-looking before he lost the weight, too.

More like this
Meet The Disney Imagineer Bringing 'Guardians Of The Galaxy' To Epcot
By Charlie Mock
Shocked Fans & Former Co-Stars React To Ray Liotta’s Death At 67
By Grace Wehniainen
'Stranger Things' Star Joe Keery Is Dating An "Indie Scream Queen"
By S. Atkinson and Grace Wehniainen
Laura Dern Said “Cultural Awareness” Made Her Rethink This 'Jurassic Park' Fact
By Grace Wehniainen
Get Even More From Bustle — Sign Up For The Newsletter