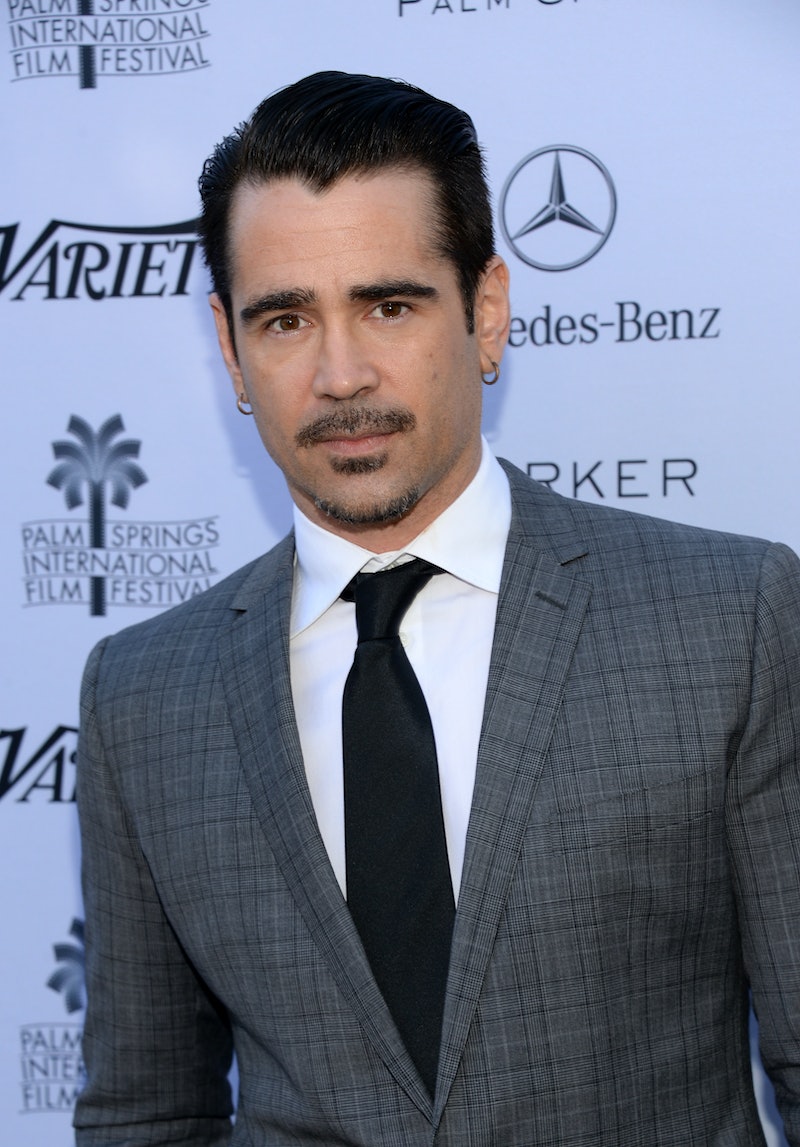 Yes, Colin Farrell is an award-winning actor known for that gorgeous accent and his beautiful looks, but he's so much more than that. Take Colin Farrell's recent stance in support of gay rights in his home country of Ireland. This past Sunday, a letter written by Farrell was posted in Sunday World voicing his opinions on gay rights. The personal piece actually hits close to home for Farrell, as his brother, Eamon, is gay.

The letter is his personal appeal to the people of Ireland to vote for gay marriage rights. The emotional plea showcases Farrell's love for his brother, who was once targeted by homophobic bullies.

My brother Eamon didn’t choose to be gay. Yes, he chose to wear eyeliner to school and that probably wasn’t the most pragmatic response to the daily torture he experienced at the hands of school bullies. But he was always proud of who he was. Proud and defiant and, of course, provocative even when others were casting him out with fists and ridicule and the laughter of pure loathsome derision, he maintained an integrity and dignity that flew in the face of the cruelty that befell him.

Farrell wants his country to leave that cruelty in the past and give everyone the rights they truly deserve. As he says, "It’s about giving our lesbian and gay sisters and brothers back a right that should never have been stolen from them in the first place. Speaking out in support of equality in all its forms is a moral necessity if we’re to have a society where peace, compassion and kindness become the ruling classes."

For Farrell, gay marriage isn't just about "the matrimonial unity of a man and a man or a woman and a woman," but it's about the uniting of a community. He thinks it is "INSANE" that his brother had to travel to Canada to wed his now husband. No one should have to leave their home to find happiness. Farrell says it perfectly, "I can jump into my car now, drive four hours to Vegas from Los Angeles, get drunk and meet a woman and have Elvis marry us for $200," so why can't women marry women and men marry men?

I knew he had a powerful voice on screen, but I never knew Farrell could be speak so beautifully about such an important issue. Be sure to read the letter in its entirety, because it's worthy of your time.