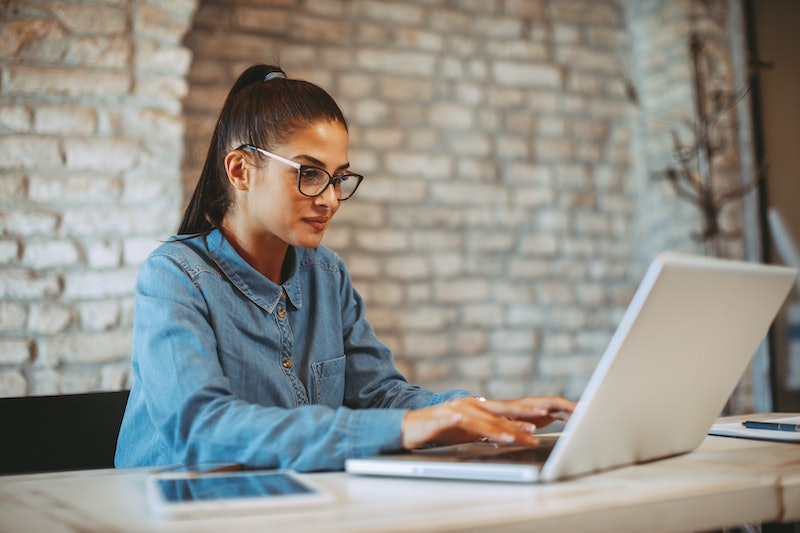 Women have made some pretty big strides towards better representation in science fields since the 1970s, but a recent report by the US Census Bureau shows that there has been little to no progress in either computers or engineering where women make up 27 and 13 percent, respectively, of all employees. In fact, the percentage of female computer workers has actually declined steadily since the 1990s when it peaked at 34 percent, even as women have become more common in the Physical Sciences, social sciences and mathematics.

This discrepancy is particularly troubling given that mathematics and engineering jobs together make up over 80 percent of all STEM (science, technology, engineering, and mathematics) jobs.

So why are women opting out of these jobs? Well, possibly it’s simply harder for them to get hired. The census report reveals that among science and engineering graduates, only 15 percent of women are employed in a STEM field, as opposed to 31 percent of men. Though this does not in and of itself point to gender bias in hiring practices (the data also reveals that nearly twice as many female science and engineering graduates are out of the workforce altogether), such a thing is not unlikely given the data. There are also simply fewer women majoring in STEM fields than men.

Another potentially huge factor? The culture of the tech industry. As the case of Adria Richards, a developer who tweeted about two men making inappropriate jokes near her at a tech conference and wound up receiving rape and death threats, reveals all too clearly, there not only exists a good deal of sexism within the industry, but the industry is also none too pleased when that sexism is pointed out. Nor is Richards’s case even remotely an anomaly.

So really, is it any wonder that women either don’t take jobs in computers and engineering or else don’t stay in those jobs, when the culture is so very hostile to women?

Unfortunately, probably the only thing that will really change the tech industry is an increase in the number of women working within it, to the point where women feel comfortable speaking out without finding themselves attacked on the Internet.

More like this
Here's How To Get Your iPhone To Update Automatically Forever
By Emma Carey
Why Everyone Is "Soft Tagging" Friends On Instagram Right Now
By Alexis Morillo
Black Women's Equal Pay Day Highlights An Upsetting Problem
By Brandi Neal
Hinge Added A Video Prompt Feature, So Get Your Camera Rolling
By Hannah Orenstein
Get Even More From Bustle — Sign Up For The Newsletter