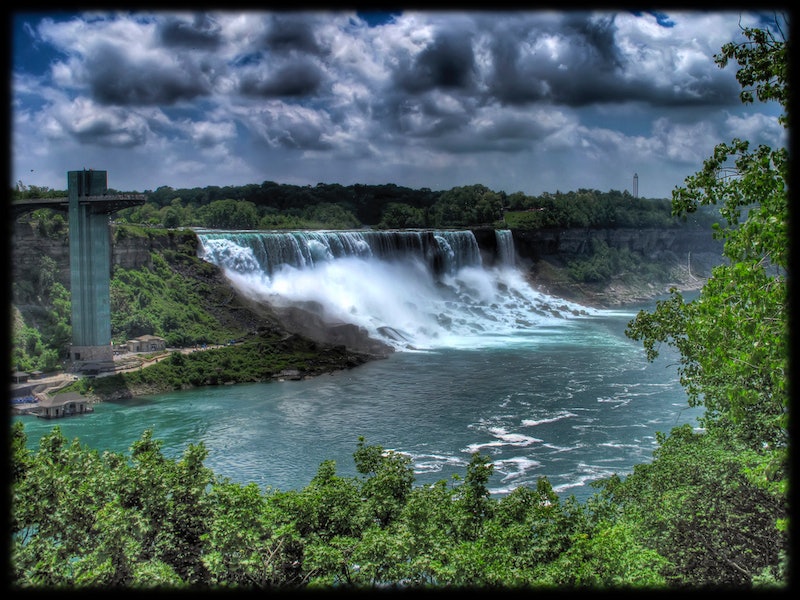 If I had endless amounts of free time, no obligations, and a bottomless bank account, I would spend all my time traveling — and thanks to Travel and Leisure, I’ve just found the perfect way to organize my wanderlust bucket list. They just ranked the world’s top 50 tourist attractions in order of popularity, which I suppose makes it the definitive list of places every world traveler should go. Which ones have you been to? Time to tally them all up!

For the purposes of the ranking, Travel and Leisure defined “tourist attractions” as “cultural and historical sites, natural landmarks, and officially designated spaces” — so, using their example, Boston’s historically significant Faneuil Hall Marketplace (established in 1742), counts as one, while the not historically significant Mall of America (established in 1992) does not. They gathered their data about each attraction's annual number of visitors — most of which is from 2013 — either from the attractions themselves, or from government agencies, industry reports, and reputable media outlets.

As much as I love Disney, It’s gratifying to know that not a single Disney property cracked the top 10. They do, however, make up for lost ground when you widen the margin to the top 20 most-visited tourist attractions; four of them are Disney Parks (Disney World’s Magic Kingdom takes the number 12 spot; Tokyo Disney landed number 14; Disneyland in California snagged number 15; and Tokyo DisneySea scored number 16). Ah well. The Mouse’s many Houses have proven popular, indeed.

Here are the top 10; head on over to Travel and Leisure for the full list of all 50. How many have you been to?

At 91,250,000 annual visitors, Istanbul’s Grand Bazaar takes the number one spot. First built in the 15th century, it’s one of the largest and oldest covered markets in the world; it spans 61 streets and has more than 3,000 shops — although no one is quite sure what the final tally is. Now that’s a market.

Once known as the Plaza de la Constitución, the Zócalo bore witness to the proclamation of Mexico’s first Constitution in 1813. After falling into disrepair, it was revitalized in the 1990s; today it plays host to 85,000,000 visitors annually.

Like most people who have lived in New York, I have a love-hate relationship with Times Square. I find it nutty and disorienting, much like this photo of it; I’m also allergic to giant, enormous crowds (it boasts 50,000,000 visitors a year). But it’s such a huge part of the city that I can’t really stay mad at it for long.

I much prefer Prospect Park to Central Park, but maybe that’s just because I lived within walking distance of it for six years. First opened in 1857, Central Park's 850 acres see 40,000,000 visitors annually (although I would argue that horse-drawn carriage rides really aren’t all they’re cracked up to be).

Yes, you read that number correctly; we just jumped from number four to number six. Travel and Leisure apparently decided that a tie for number four meant there was no need for a number five, so do with that what you will. Anyway, 30,500,000 people visit the Strip each year; indeed, a whopping 77 percent of all Vegas tourists stayed in hotels located right on it in 2013. Feel like taking a gamble?

Japan definitely ranks near the top of my Places I’d Like to Go Before I Die list; it’d be nice to get more in touch with that part of my heritage. If only it weren’t so damn expensive to get there. Anyway, dedicated to the memory of Emperor Meiji and his wife, Empress Shoken, the Shinto shrine of Meiji Jingu sits in a 100,000-tree holy forest hanging out in the middle of Tokyo. It’s no wonder that 30,000,000 people come to see it annually, no?

Senso-ji, meanwhile, is Tokyo’s oldest temple; although it was once associated with the Tendai sect of Buddhism, it became independent after World War II. It also sees 30,000,000 annual visitors.

You’ll notice we’ve jumped numbers again, for the same reason as before. Although Niagara Falls isn’t anywhere near the tallest waterfall in the world — that honor belongs to Angel Falls in Venezuela — it is still rather spectacular. It’s also easy enough to get to that 22,000,000 people visit it every year.

Wow, man. Is anyone else kind of shocked to see three New York City locations in the top 10? Because I sure am. Admittedly, though, Grand Central is all kinds of beautiful; it’s also a major shopping destination these days, so do with that what you will. 21,600,000 people pass through it annually.

Head over the Travel & Leisure for the full list!

More like this
How To See The Lunar Eclipse On May 15-16, 2022
By Kaitlyn Wylde
How To Fight For Reproductive Rights, Based On How Much Time You Have
By Courtney Young
3 Zodiac Signs Least Affected By The May 2022 Full “Flower” Moon
By Brittany Beringer
3 Zodiac Signs Most Affected By The Full “Flower” Moon
By Brittany Beringer
Get Even More From Bustle — Sign Up For The Newsletter