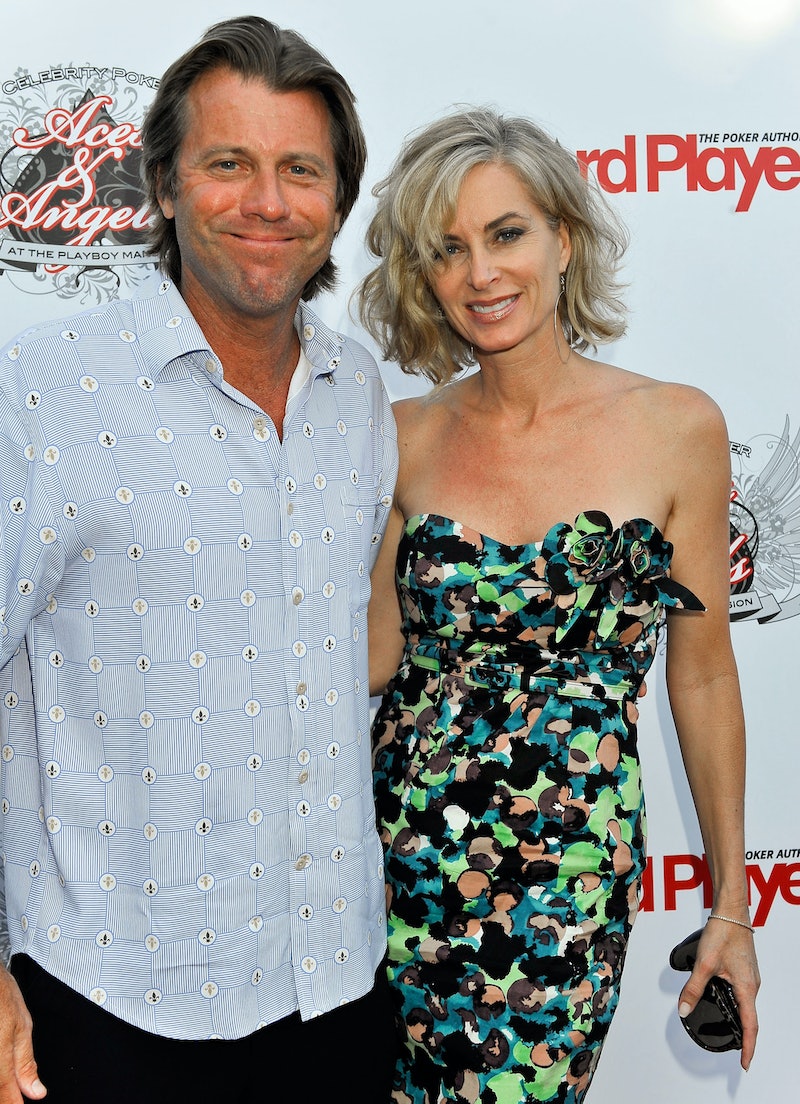 Eileen Davidson is the second soap opera star The Real Housewives of Beverly Hills has added to the cast in Season 5, and just like Lisa Rinna, her husband is also an actor. Vincent Van Patten, Eileen Davidson's husband, is a successful performer and athlete who's worked for years in both disciplines. And I don't know if this a point for or against him, but doesn't Van Patten look at little like the infamous Slade Smiley? So, exactly who is Vincent Van Patten?

Allegedly, Van Patten's last marriage, to Betsey Russell, didn't exactly end before he first met and got together with Davidson, but he and Davidson have been married since 2003 and seem very happy. But whether or not there's any truth to those cheating rumors, you can surely expect that they'll come up in some kind of dramatic confrontation by episode 9, at the latest. Will it be Brandi Glanville who brings it up? Maybe Kyle Richards? Or who knows, maybe even Lisa Vanderpump will get involved with the salacious gossip. Or, perhaps in the biggest Housewives twist of all time, no one will mention Van Patten's alleged drama from over ten years ago. Now that would be shocking.

So in order to be throughly prepared for the new soapy cast members in town, here are the Cliff Notes on Van Patten's life and career.

He Has Some Famous Relatives and Is a Former Child Star

Vincent's father, Dick Van Patten, was a TV star who played the father in sitcom Eight Is Enough. Vincent then spent his childhood guest starring on shows like Apple's Way and Wonder Woman. His two brothers, James and Nels, also followed in their fathers' footsteps and became actors. Vincent later got a role on The Young & the Restless, where he met Davidson on set.

He Used to Play Tennis

In addition to his childhood acting career, Van Patten also played tennis professionally in the late '70s and early '80s. He never won any big tournaments, but he did make it to the third round of the US Open.

From his low-res profile picture to putting every movie title in quotes, everything about Van Patten's Twitter account is adorably middle-aged. This doesn't have much to do with his background as an athlete or actor, but it is good to know that he probably won't be swearing at his female costars online.

Van Patten is the commentator for the World Poker Tour. We've already seen more than enough events hosted by Mauricio's real estate firm gone wrong, so why not change things up this season? Maybe we'll be seeing the ladies take a trip to Vegas for some sort of World Poker Tour event. I could see Brandi throwing a glass of wine and being carted off of the casino floor.