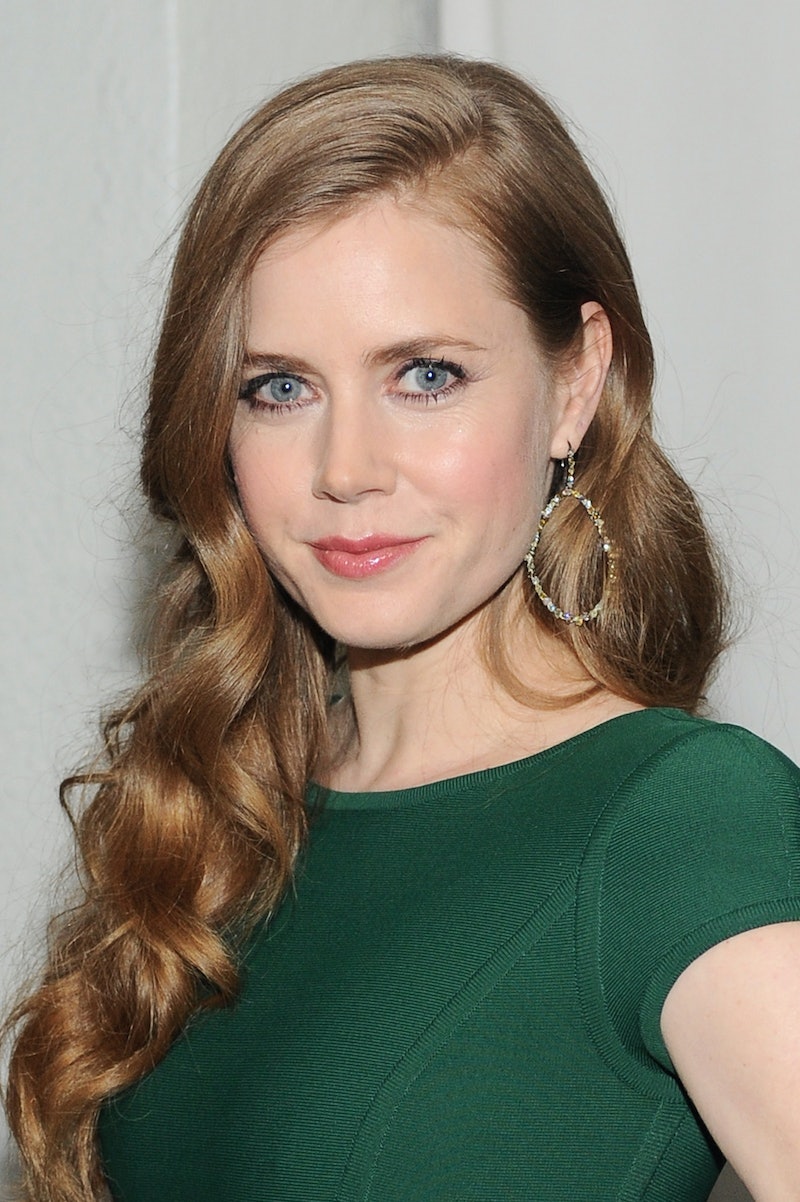 Wait — is this seriously her first Vogue cover? Amy Adams is the cover of December's Vogue, and surprisingly, it's just her first time being given the honor. A little late to the game, aren't we, Vogue?

The magazine's December issue, which traditionally features the re-telling of a classic fairytale, portrays the actress as the peasant girl Karen from the fairytale "The Red Shoes." And, as per usual, Adams plays the role to perfection. With her auburn hair, piercing blue eyes, and a red lip, the 40-year-old (who charmingly admitted she had a meltdown when entering the new decade) is both mesmerizing and ethereal, epitomizing a fairytale princess.

Though the cover isn't part of the romantic editorial, it's a pretty powerful shot for a first-time cover girl. Adams' hair is deeply parted in a side swept soft wave, and she's wearing a completely sheer Valentino gown with black and gold floral motifs that leaves little to the imagination — and makes readers want to pick it up and flip through to the ensuing editorial ASAP. Though it's certainly shocking that this is the Oscar-nominee's first cover, her captivating radiance should guarantee it will not be her last.

More like this
Dua Lipa Wore See-Through Dress On The Cover Of Vogue
By Allie Fasanella
Cameron Diaz Just Recreated *That* Iconic 'There’s Something About Mary' Scene
By Rachel Mantock
Sandra Bullock, Girlboss Extraordinaire
By Matt Harkins & Viviana Olen
10 Ways To Modernize The Early '00s Frosted Eyeshadow Look
By Olivia Rose Ferreiro
Get Even More From Bustle — Sign Up For The Newsletter