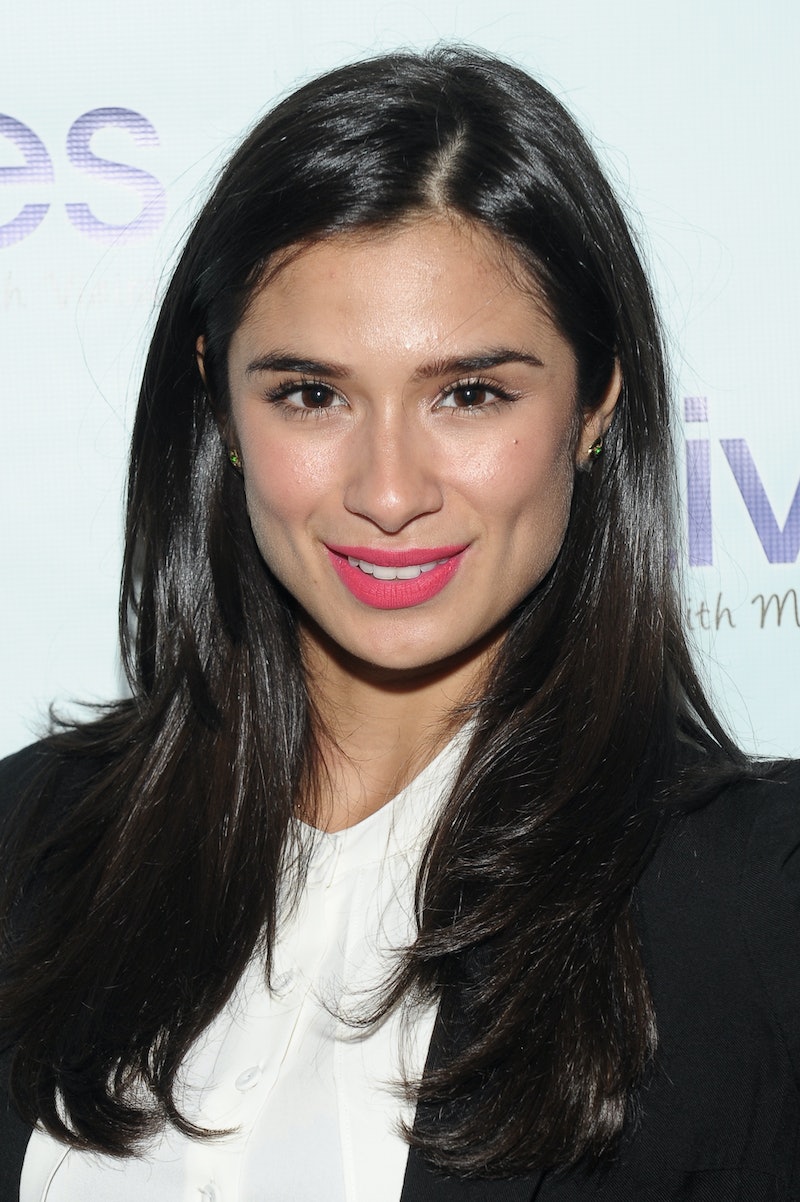 After writing a heartfelt op-ed on Friday in the Los Angeles Times about her experience with her parents' deportation, Orange Is the New Black actress Diane Guerrero appeared on CNN on Monday morning to discuss further the haunting day when, at just 14 years old, she came home to find that her parents had been detained. They were promptly deported back to their native Colombia, and, during the interview, the actress teared up recounting the memory. Guerrero, 28, who plays Maritza on the Netflix dramedy, spoke to Michaela Pereira about how her family's fracture after her parents' deportation affected her life. As a first-generation American myself, Guerrero's statement struck a tender chord; my parents came to this country legally, but they just as easily could not have. What then?

Guerrero recalls, "I got home, and their cars were there and dinner was started and the lights were on, but I couldn’t find them. It was really hard." When Pereira asked her about her relationship with her parents now, who still live in Colombia and whom Guerrero sees once a year, she said:

It’s tough, it’s like we’ve been separated for so long, I feel like sometimes we don’t know each other. It’s difficult because I’ve grown up without them, and there’s things about them that are new that I don’t recognize, and it just — it hurts. But I love them so much. And I just hate that they have gone through this. And I know I’ve been by myself, but I feel like they have lived a very lonely existence.

Guerrero's parents, like my own, came to the U.S. hoping for a better future for the next generation of their family. I am grateful to Guerrero, who volunteers with the Immigrant Legal Resource Center, for using her celebrity to draw attention to the issue of immigration, which is an extremely controversial topic right now. As a child of immigrants, it hurts so much to know that immigrants are considered somehow less than, their very right to exist in this nation a topic of contentious debate. As I said, my parents came to this country legally, but it took years before my mother got her citizenship. My father is still not a U.S. citizen, on a permanent green card. My parents were lucky, and I could never do something so difficult and tenacious as crossing the ocean with a hope and a prayer that the future will be better for their children.

In both her op-ed and her interview on CNN, Guerrero urges for strong immigration reform, recounting that both she and her parents were all but abandoned by the government and lawyers they thought would help them:

They would have liked to fight deportation, but without a lawyer and an immigration system that rarely gives judges the discretion to allow families to stay together, they never had a chance... Not a single person at any level of government took any note of me. No one checked to see if I had a place to live or food to eat, and, at 14, I found myself basically on my own.

Even for me, growing up as an Indian-American, I still sometimes feel a chasm between my experience and my parents', and I grew up in their home.

What does it say about a "land of opportunity" that leaves a child, for all intents and purposes, an orphan? As President Obama prepares to make an announcement on immigration reform, Guerrero's message is urgent and timely. It's unfortunate that sometimes the public needs to see a famous face discussing the shortcomings of the powers that be in order to invest interest, but thankfully there are stars like Guerrero who make themselves vulnerable to effect change.

She writes, "I don't believe it reflects our values as a country to separate children and parents in this way. Nor does it reflect our values to hold people in detention without access to good legal representation or a fair shot in a court of law."

My childhood was relatively easy, even though I know now that my privilege was not luck but in fact the result of the hard work of my parents who sacrificed so much for me to be an American. I know that my citizenship by birth is an extreme privilege. It's a wonder of our democracy that we can even speak out against the injustice of the system and, now in an age of instant and constant media, the influence of celebrity on politics is fiercer than ever.

More like this
What Is Barack Obama’s Net Worth? He Makes *Way* More Now As An Ex-President
By Hugh McIntyre
Cardi B Explains To David Letterman Why She Uses Her Star Power For Politics
By Jake Viswanath
Harry Styles Called For "Backlash" In Powerful Statement On Abortion Rights
By El Hunt
What’s New On Netflix: 'Stranger Things' & 'Somebody Feed Phil' Return
By Arya Roshanian
Get Even More From Bustle — Sign Up For The Newsletter