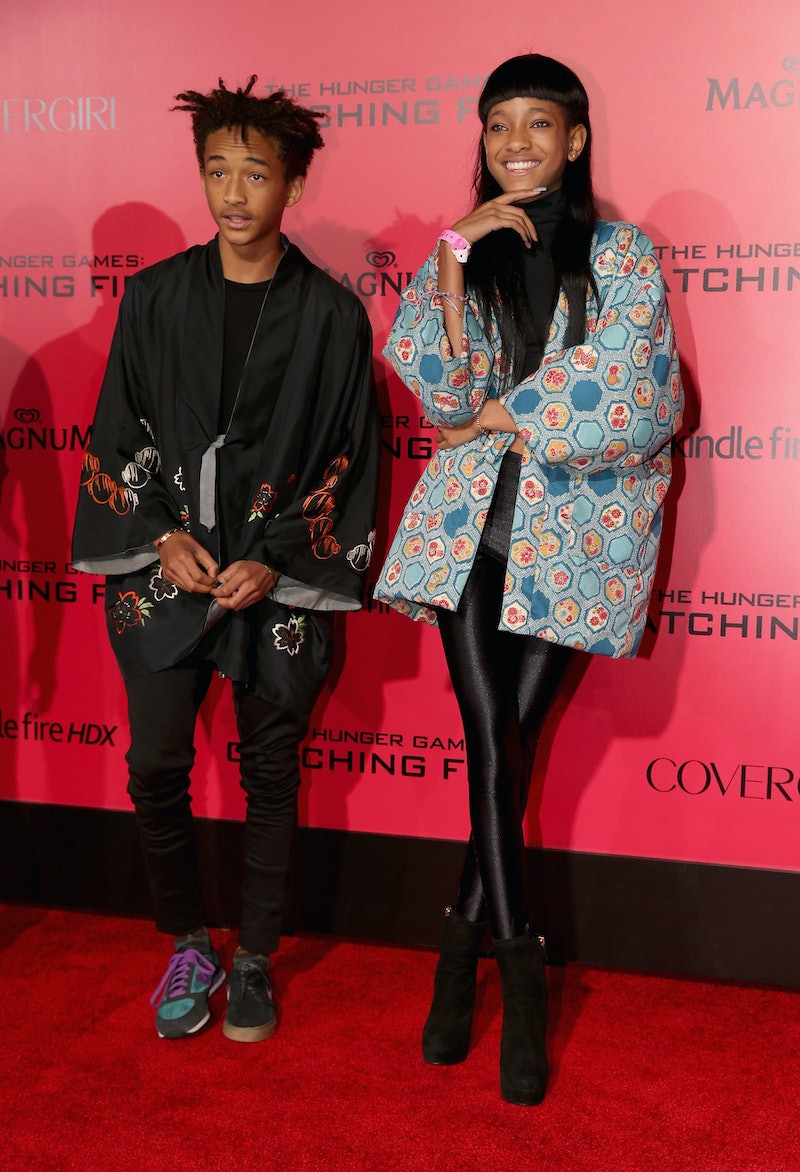 Get ready for a trip down memory lane as we delve into that New York Times interview with Jaden and Willow Smith. The musings of the two teen actors/musicians/designers/possible future "movement" leaders will bring you back to your Philosophy 101 days in college. You know that class where half of what you read felt undecipherable but you knew it was supposed to be deep and open your worldview? Yeah, it's sort of like that, only more confusing. In the interview, the famous offspring of Will and Jada Pinkett Smith answered fairly standard questions about their careers with thoughts on space, time, and, "Duality consciousness."

If there's anything to gather from these young...pontificators it's that they are as ambitious as they are fond of flowery language. Some day, they just might rule us all. The interview, though puzzling and even a bit troubling, doesn't come as a huge surprise. Both Will and Jada Pinkett Smith have been known to be, shall we say, outspoken and controversial when it comes to their take on the universe.

However, the interview isn't all Carl Sagan and Pure Moods meets LA street style. Willow, for example, has been writing novels since she was just 6-years-old and her fashion of choice at home is, "Clothes that I can climb trees in."

In the full interview, readers learn all about Jaden's and Willow's opinions on the energies of babies and why, "Kids who go to normal school are so teenagery, so angsty." It's not exaclty a light read. Once you've fully processed the whole thing, let's see if you can guess whether Jaden Smith, Willow Smith or a famous philosopher said these quotes.

Round one: Smith Kid or Friedrich Nietzsche?

1. "The individual has always had to struggle to keep from being overwhelmed by the tribe. "

2. "Time for me, I can make it go slow or fast, however I please, and that’s how I know it doesn’t exist.

2. That would be one Willow Smith on the speed of her life.

1. "There’s a theoretical physicist inside all of our minds, and you can talk and talk, but it’s living."

2. “Reason has always existed, but not always in a reasonable form.”

1. “There is frequently more to be learned from the unexpected questions of a child than the discourses of men.”

2. “I prefer liberty with danger than peace with slavery.”

1. "Two things fill the mind with ever new and increasing admiration and awe, the more often and steadily we reflect upon them: the starry heavens above me and the moral law within me...I see them before me and connect them immediately with the consciousness of my existence.”

2. "Breathing is meditation; life is a meditation. You have to breathe in order to live, so breathing is how you get in touch with the sacred space of your heart."

1. I Kant believe you didn't know this one!

2. Willow Smith is really into breathing, you guys.

More like this
How Reality TV Stars Conquered Your Bookshelves
By Anna Peele
We’ve Got A Text! 'Love Island' 2022 Finally Has A Release Date
By Sam Ramsden
Watch The Emotional Trailer For Dolly Alderton’s 'Everything I Know About Love'
By Bustle UK
Graham Norton’s 10 Best Eurovision Zingers Will Leave You Howling
By El Hunt
Get Even More From Bustle — Sign Up For The Newsletter