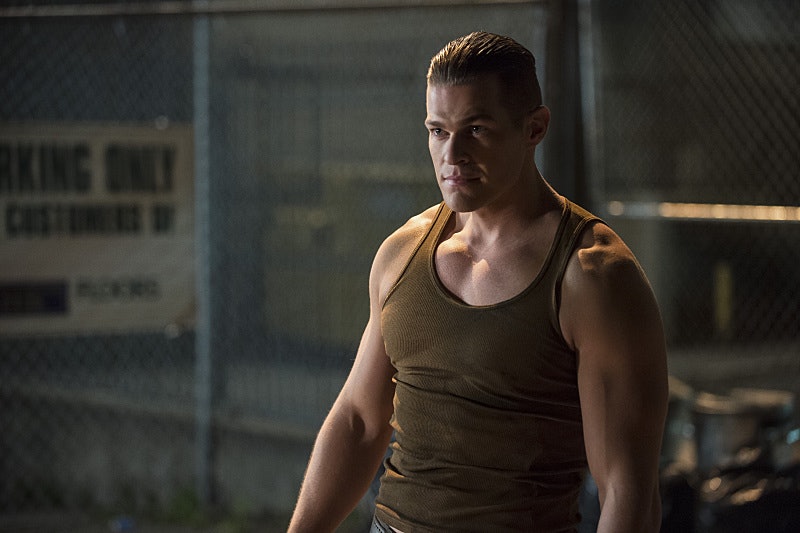 The Flash continues to make my comic book loving heart sing by going deeper into the DC Comics universe. It is great to see how The Flash isn't ashamed of its own comic origins even going as far as showing a glimpse of Gorilla Grodd. But the villain the show is introducing in its next episode hits a little closer to home for our beloved speedster, Barry Allen. On The Flash , Barry will face Tony Woodward, aka Girder .

In the comics, Girder is a very minor Flash villain. As a steel worker, he fell into a vat of molten steel that had been treated with the byproducts of S.T.A.R. Labs' experiments, so instead of Girder going to the great beyond, he came out of the vat as an indestructible mess of metal with stamina and super strength to boot. The writers behind The Flash are keeping Girder as a lughead out of his depth, but are changing enough of his backstory and abilities to fit into the show's universe.

Girder is of course another metahuman brought into great power by the explosion at S.T.A.R. Labs. Instead of being a piece of living metal 100 percent of the time, he can utilize that ability at will. The CW's press release says Girder is "a grinning lunkhead who loves destruction [and an] unstoppable force… who can transmute any part of his body into solid steel."

But beyond his strength, the show is also giving him a personal connection with Barry.

Girder was the bully who used to torment Barry as a child. Since he knows Barry from childhood, that also means he probably knows Iris too. As his crime spree ramps up over Central City, Girder also makes the mistake of kidnapping Iris. I suspect this is because of her blog in which she talks about the Red Streak who soon will become known as The Flash — and by "soon" I mean probably the upcoming episode which is titled "The Flash is Born." Both her father, Joe, and Barry were concerned about Iris putting her name on the blog. It puts her in the crosshairs of some very bad people who aim to take down The Flash. With that in mind, it isn't surprising that Girder would come after her and use her as bait. My only hope is that the show doesn't lean too heavily on making Iris a damsel in distress.

With the introduction of Girder, The Flash continues to improve by creating personal stakes for its newly minted superhero. With each episode, we get a dose of deep DC Comics lore, character development, and a joyful take on these characters.