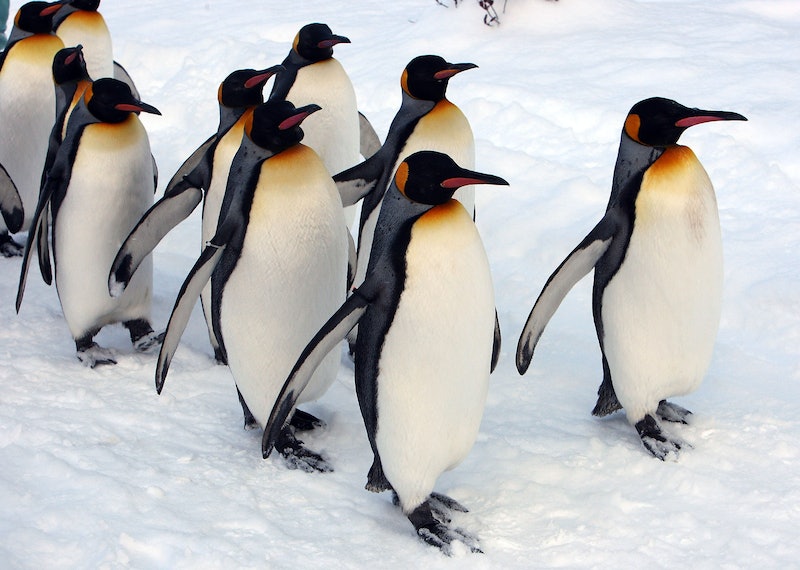 Warning: What you are about to see will traumatize you. If it doesn't, then you have bigger problems. Scientists have discovered that on a remote subantarctic island in the Antarctic, fur seals are having sex with king penguins. Having sex may be putting it lightly, though. Seriously, fur seals give a whole new meaning to the term "predator." Not only do they mount the much smaller penguins and force them into what looks like very painful copulation, but they sometimes will kill and eat their victim when they're... finished.

Even the research scientists, who must have seen some craziness in their days, were shocked to discover this disgusting, lewd behavior among the seals. I sincerely hope part of their mission was to provide some support for the penguins.

Sure, that sounds crazy, but the behavior of the fur seals is much, much crazier. In a study aptly titled "Multiple Occurrences of King Penguin (Aptenodytes patagonicus) Sexual Harassment by Antarctic Fur Seals (Arctocephalus gazella)," which was published in Polar Biology, the scientists observed more than one seal sexually assaulting penguins on several occasions. According to the scientists, the seals would sexually coerce penguins — of either gender; apparently seals are not picky — by using force to "achieve mating."

Every instance followed the same pattern: the seal chased, caught, and mounted the penguin and then forced copulation for about five minutes with periods of rest in between. In case you are wondering what that looks like exactly, IT'S EXACTLY WHAT YOU THINK IT LOOKS LIKE. See for yourself here — but we're warning you, what you're about to see you definitively, absolutely cannot unsee (and it's NSFW, sort of).

What shocked the scientists the most is that the recent incidents noted in the study are not the first time they've witnessed fur seals being the worst. Researchers first observed this sexual assault in 2006 on another subantarctic island, and back then they chalked it up to an isolated incident in which the seal could have been frustrated or sexually confused. But now that they see it's more common than they originally thought, the research team, which is led by William A. Haddad and Nico de Bruyn of the Mammal Research Institute at the University of Pretoria, South Africa, are forming official hypotheses to explain the sexually aggro behavior.

The first hypothesis is that the interspecies sex may be learned behavior associated with a reward. "Seals have capacity for learning," de Bruyn explained in the study, "we know this from their foraging behaviour for example."

As for the reward? "If this is learned behaviour, we really can’t think of what the reward may be for these young males. Other than perhaps learning that these birds are an easier target to practice their copulatory skills."The second hypothesis is known as the "mate deprivation hypothesis," which explains that males are more likely to use sexual coercion tactics if they have difficulty finding a mate. In the case of the seals, which could have been experiencing an extreme case of reproductive interference, they could have started going after penguins because they couldn't find other fur seals to get busy with.

In that case, de Bruyn says, maybe "it is a release of sexual frustration." But then he thought about the whole scenario again — the one in which fur seals have been putting the naughty on flightless birds — shook his head, and said, "All in all it's difficult to say, really."