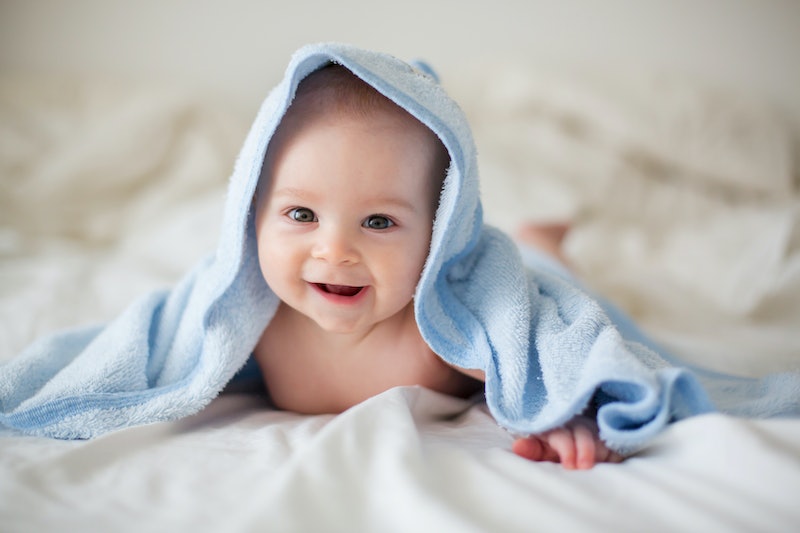 What’s in a name? Well, according to a new study by the baby-naming app Nametrix, baby names could predict political associations. After Verdant Labs, a company behind Nametrix, collected data from the Social Security Administration and the Federal Election Commission, they made charts showing which names tended to donate to, and therefore be associated with, each political party. According to Nametrix’s charts, boys with names such as Brent and Rex are more likely to be Republican, while girls with the names Caitlin and Alexa tend to be Democrats.

Now, of course, what you name your child will have no effect on their political beliefs. It’s not as if your daughter will have liberal tendencies, but then think, “you know what, I’m a Bailey, I was meant to be Republican, and that’s just how it's going to be.” It’s much more likely that the association between certain names and politics can be explained by compounding factors. Mic.com points out that minority names, such as Hector, Omar, and Gabriela, are of course more likely to be Democrats, because the Republican party has always had difficulty recruiting minorities. Veranda Labs even acknowledges that there is no cause-and-effect relationship between baby names and political affiliations. Rather, it’s more likely that parents in each party prefer different names, and then their children inherit their politics.

Furthermore, it's not as if Democrats and Republicans name their children completely separately. Even with the left- and right-most names, there is still a certain portion of the opposite party that shares the name. In other words, Republicans don’t have a monopoly on the name Duane, thank you very much.

So what should we make of this chart? Leah Finnegan at Gawker claims “the creators of Nametrix, a baby-naming app (why?), have only served to enforce the wicked stereotype that Republicans are leather-skinned men named Biff and Democrats are teachers named Mia.” And I can’t say that I disagree…this chart proves nothing other than Veranda Labs needs to find material to fill their blog. So please, carry on with your lives and don’t worry that you baby will end up being a conservative just because you decided to name her Patsy. To see the complete name charts, click here.