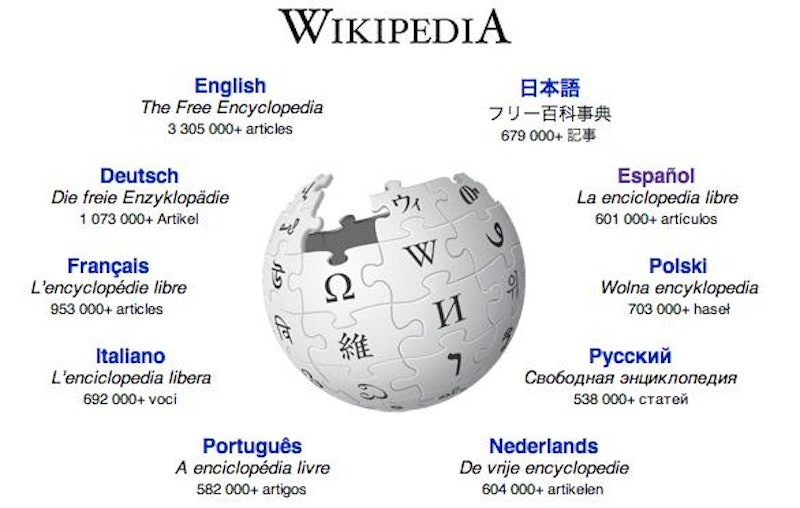 I can’t say I’ve ever thought while browsing the Internet, “You know what could use its own web series? Wikipedia. That'd be amazing” — but now that someone has actually created a web series for Wikipedia, I can’t imagine why no one thought of the idea sooner. The Things You Learn on Wikipedia takes the oddest pages on Wikipedia and brings them to life — and you know what? It’s kind of terrific.

Joey Keeton of The Daily Dot likens Wikipedia to The Hitchhiker’s Guide to the Galaxy — the actual guide, not the story as written by Douglas Adams — which is a pretty apt comparison. Now that we’ve got constant access to it on our smartphones, we’ll always have an unfathomable amount of mostly useless knowledge at our fingertips. As such, it was probably only a matter of time before someone realized its comedic potential, and voila: The Things You Learn on Wikipedia.

The series, which debuted on Monday, will consist of six episodes to be released over the next two to three months. Each episode focuses on just one of Wikipedia’s pockets of weirdness; through a combination of motion graphics drawn by Allen Spector and voiceover work from 82-year-old actor and reality star Arthur Albert, these strange and sometimes confusing entries become some of the funniest content you’ll see online. Said producer Richard Hine to the Daily Dot, “Arthur is reading the text directly. It’s a little bit of satire on Wikipedia and the Internet, and it’s also a little bit of a fun, lighthearted way to make people think about some of the less important issues of the world.” I dig it. The first episode covers one of my personal favorites, the entry on Toilet Paper Orientation; watch it here:

If, by the way, you’ve never browsed Wikipedia’s List of Unusual Articles — yes, that’s a thing that actually exists — you might think about heading over there to get an idea of the other kinds of articles The Things You Learn on Wikipedia is likely to cover (or possibly don’t, because if you do, you will never get anything productive accomplished ever again). I, for one, hope at least one of the 10 articles below gets the web series treatment:

I had no idea making a left turn in Michigan was so complicated.

One day, a town called Argleton appeared on Google Maps just off the A59 in West Lancashire, England. There’s just one problem: Argelton doesn’t exist.

Calendar-wise, the end of the BC era is year 1… and the beginning of the AD era is 1, as well. So what the hell happened to year 0?

7. Longest Word in the English Language

I honestly just want to see what the animation for this entry would look like.

In 2004, a listing for a sea urchin turned out to be an entirely new species that had never before been seen.

Because apparently that happens.

We’ve got to include at least one meme, right?

More like this
The Viral TikTok “30,000” Sound Fits Nearly Every Scenario
By Courtney Young
TikTok Is Using A ‘Love Island’ Sound To Expose Their Weird Crushes
By Courtney Young
Kris Jenner’s Advice For Kim Kardashian Is Going Viral On TikTok
By Courtney Young
8 TikTok Pasta Recipes To Try Out At Home
By Emma Garza
Get Even More From Bustle — Sign Up For The Newsletter