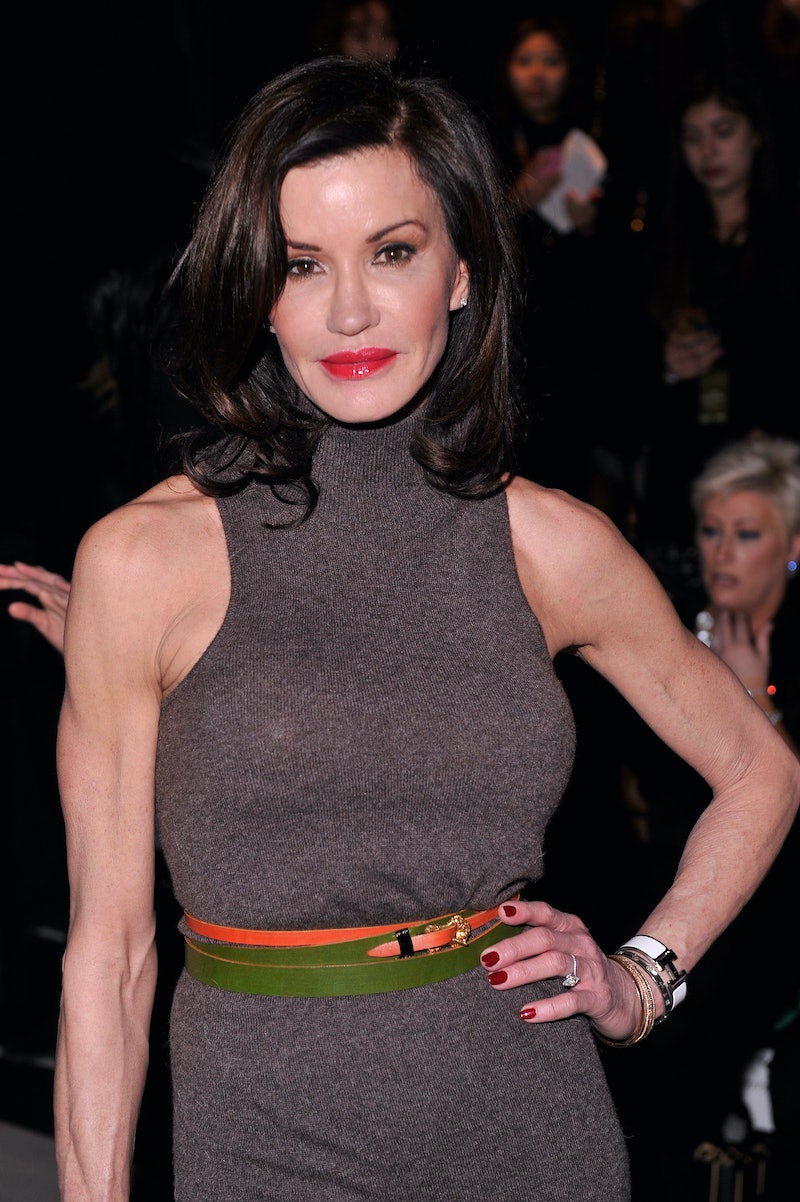 Yet another woman has come forward alleging that Bill Cosby sexually assaulted her. Janice Dickinson accused Cosby of rape on Entertainment Tonight, describing an incident in 1982 when Cosby allegedly drugged her wine and assaulted her. It is an all too familiar story at this point after five other women have spoken publicly about alleged similar incidents with the legendary comedian.

Here's a transcript of what Dickinson told ET (video below):

The next morning I woke up, and I wasn’t wearing my pajamas, and I remember before I passed out that I had been sexually assaulted by this man… Before I woke up in the morning, the last thing I remember was Bill Cosby in a patchwork robe, dropping his robe and getting on top of me.

This is also something that Dickinson has hinted at before: As Tracie Egan Morrisey pointed out on Vice earlier the same day of Dickinson's accusation, Dickinson's 2002 memoir described a scene in Tahoe as well:

Cosby answered the door in nothing but a white towel. He was fresh from the shower, too; his black skin was glistening. He hugged me, a little too enthusiastically; told me how much he'd missed me, and how nice it was to see me. I believed him. Liquor does that to a girl.

He kissed me, full on the lips, then went off to dress and we went downstairs, to dinner, where Cosby spent the next two hours talking about himself. It was An Evening with Bill Cosby. A Tribute to Bill Cosby.

And suddenly I remembered something Andy Warhol once told me. It was his definition of an actor. He said, "An actor is a person whose eyes glaze over when the conversation is no longer about them."

And I thought, Well, then, Bill Cosby is an actor's actor.

After dinner he asked me back to his room, and I went. But I stopped myself at the door. "I'm exhausted," I said, begging off. His eyebrows went a little funny.

"Exhausted?" he asked, and it was clear he was trying hard to keep his temper in check. "After all I've done for you, that's what I get? I'm exhausted."

"Well, gee, Bill," I stammered. "If I had known it was going to be like this—" He waved both hands in front of my face, silencing me. Then he gave me the dirtiest, meanest look in the world, stepped into his suite, and slammed the door in my face.

Morrisey posited in her post that "maybe Dickinson was already too established as a celebrity in her own right for Cosby to risk pushing the boundary beyond manipulation into physical aggression." Dickinson now alleges otherwise.