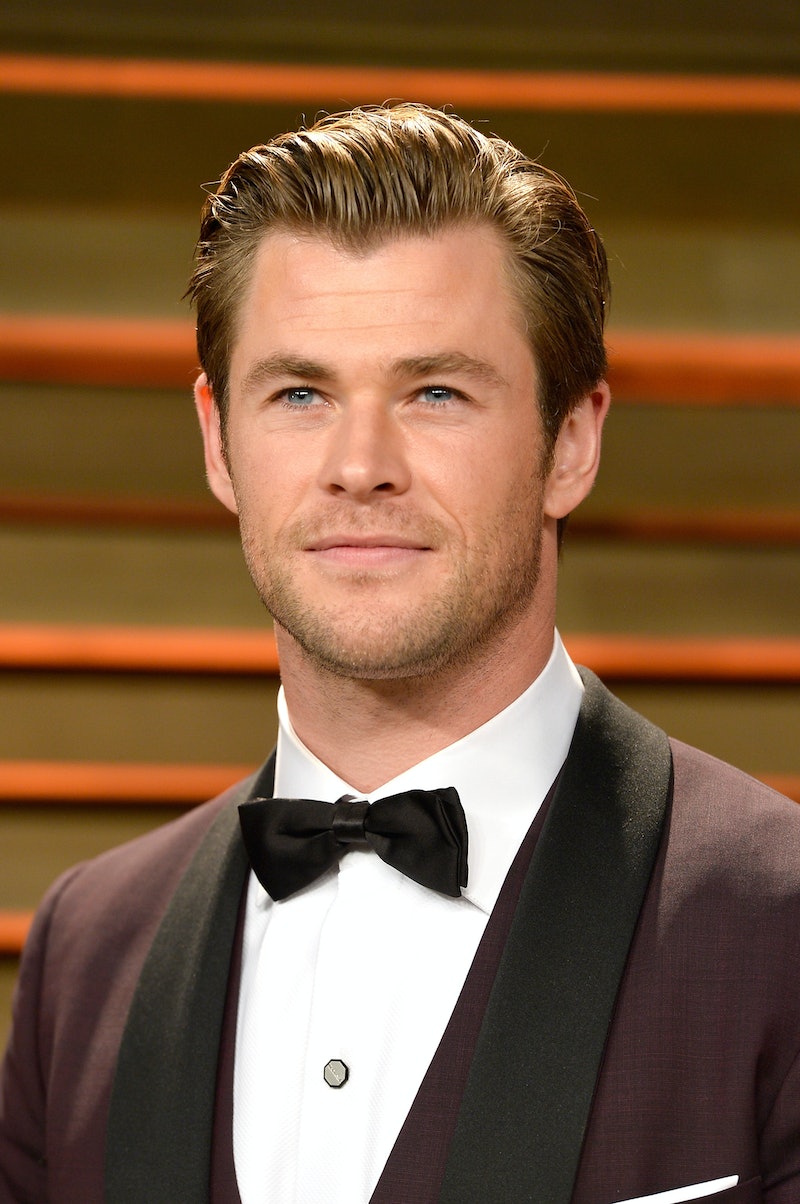 Ladies and gentlemen, you might have thought him impressive when even the pure-hearted Captain America failed to lift Mjolnir in The Avengers: Age of Ultron trailer, but prepare to be even more impressed with the golden-haired, golden-hearted god of thunder. Chris Hemsworth is People Magazine's Sexiest Man Alive in 2014 — yes, that's right. You might be a bigger fan of the more mischievous and brooding Loki, but it's Thor who has emerged victorious in the sexiest of contests. There are already people who disagree with the decision to cast Hemsworth in this prestigious role, but there are always haters when it comes to this kind of announcement. That won't change the fact that he's the sexiest of the sexiest and that Hemsworth's acceptance speech on Jimmy Kimmel just further proves why he totally deserved the honor.

"I'm most excited about the 'alive' portion of that statement," said Hemsworth when he was revealed to the Jimmy Kimmel Live audience Tuesday night. "The sexy is a bonus and I'm flattered." Perhaps even better than his humble speech was the fact that he not only credited Matt Damon for teaching him how to be sexy, he also went so far as to thank his parents: "For putting this [himself] together."

If that somehow isn't enough to convince you that Hemsworth is sincerely one of the sexiest men alive (well, he's the sexiest one now), then a trip over to the People website will reveal a cover interview and photoshoot during which Hemsworth is asked who he believes is the sexiest person alive. Without hesitation and with a small smile, he answers, "My wife." Can I get a group awwwwww? Can we combine that with a group swoon? On and off-screen, Hemsworth is smoldering with good humor, good cheer, and dreamy blue eyes. All hail Thor, the Sexiest Man Alive.

Check out his People magazine cover below.