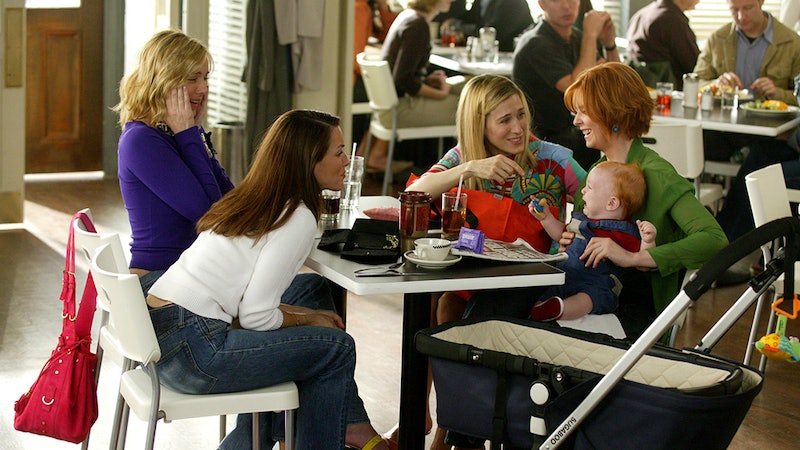 Successful parenting, as I’ve come to understand it over the past few years of my own initiation into the Cult of Procreation, hinges on the development of an almost superhuman ability to multitask. If you cannot figure out how to blow-dry your hair while also putting socks on a toddler, guess whose hair is going to be forming mini-icicles on the walk to the train? After you baby-up in life, if you cannot figure out a way to perform several tasks as once, you’re going to end up with a lot of shit undone. (I mean, that’s going to happen anyway, but without a keen ability to juggle, that list will be a lot longer.)

So you learn to cook dinner while on a conference call; You return work emails while waiting to drop your kid(s) off at school; Your capacity to hold things—both literally and metaphorically—expands beyond anything you previously imagined would be possible: 5 grocery bags, a baby, a toddler, their backpacks, and your purse, all while keeping a hand free to unlock the front door? Easy. Done. You’re not “supermom”—you’re just a mom. It’s how this game works.

Another thing that happens when you become a parent is that any semblance of fuck-giving just...disappears. It's funny because you're pretty sure you used to have all kinds of fucks to give, but you seriously don’t even know where they are, check the playroom, the kids are constantly hiding your shit, so maybe your fucks ended up in there. For example, maybe you never thought of yourself as the kind of person who would answer the door for the FedEx guy topless. You’re not uptight or anything, but you’ve been know to at least cover your bits before have an interaction with a stranger. But after a few weeks of trying to breastfeed a newborn who won’t latch, you stop even noticing when your tits are hanging out at home. (And honestly, who does that FedEx man think he is? What, you should have to expend energy to re-clip your nursing bra for this guy? Shut up, hand me my package, close the door, go call your mother and thank her, BYE.)

The non-fuck-giving, for the record, is boundless: You’ll end up feeding your kids things that fell on the floor (not even your own floor, but any floor. It’s fine—it’s good for their immune system!), changing a dirty diaper on any flat surface you can find, and doing a lot of other unsightly stuff that I won’t get into right now because the parents among you already know, and the non-parents are not ready to know. You are not ready to know what I’ve used a shot glass for. You are not.

JK, let's take a short detour and I’ll show you: A cool mom hack is dipping your nips in salt water when they’re sore or thrush-afflicted from breastfeeding. Shot glasses happen to be the perfect size to create a good seal of sweet, restorative, salt-watery goodness. It’s basically the most depressing thing a shot glass can be used for (unless you photoshop it to make it “fun” like I did. Smoke up, Johnny!).

Shot glasses aren’t the only relics of our sinful, pre-baby days that get ingeniously reporposed for kid-related use—moms, it turns out, have found endless, brilliant uses for the items in their Goody Drawer. I’m not saying that parents don’t still use sex toys for, ya know, sex, but our mulit-tasking, non-fucking-giving brains can’t help but now see these items in a slightly more versatile way than we did before we had kids.

Here are some of the ways moms I actually know in my real life (so blessed) have used their sex toys in practical ways:

Listen, swaddling blankets are impossible puzzles from hell, so this is the greatest tip I've ever heard. At least nipple clamps are smaller than the chip clips I ended up using.

Don't worry: These oils were totally organic and safe for kid use, not full of dyes and perfumes. Yes, I asked because I think about kids' exposure to harmful chemicals more than any reasonable human should.

8. Tiny (unused!) butt plug as a teething toy for a baby

9. Blindfold used as a “superhero mask” by 5-year-old

12. Butt plug used as a juicer

This person also knows someone who used a juicer as a butt plug—innovation!

13. Ring around edge of a condom used as a hair tie when no real hair tie could be located

Umm, we will also all be trying that incredible vacuum trick soon.

Hey, sometimes when you have twin babies, you need an extra...hand? Zing!

15. Flogger used to replace a missing tail on a rocking horse

16. Lube applied to legs to prevent chafing while carrying a toddler around on vacation in Europe