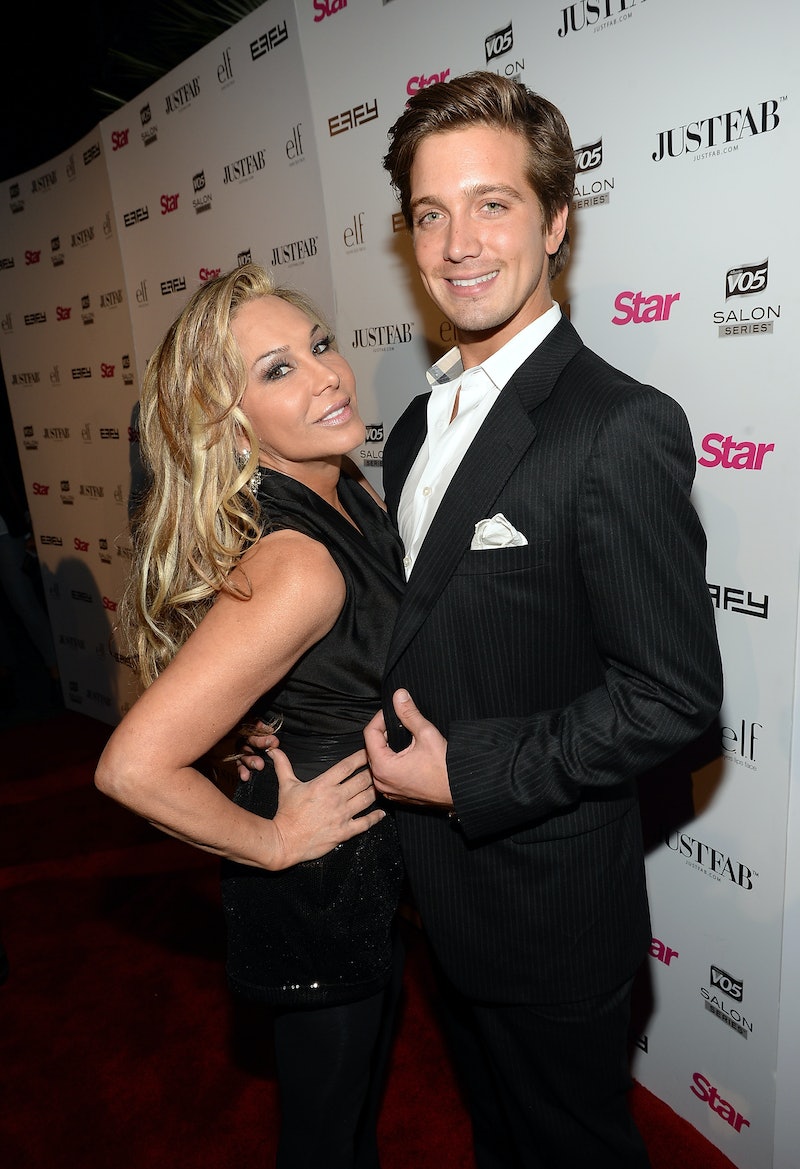 Tuesday night on the Season 5 premiere of The Real Housewives of Beverly Hills, nobody was talking about the unnecessary dancers in mirror-suits at Kyle's white party and everyone was talking about Adrienne Maloof's significant other, Jacob, who is a whopping 28 years younger than her. Who is Jacob Busch? And is it just me, or is he a dead ringer for Scott Disick?

In October 2013, news broke that the former Real Housewives of Beverly Hills star was dating this now 25-year-old kid. Busch is part of the barley-fermenting dynasty of the Busch family, founders of the Anheuser-Busch corporation. His father is Peter W. Busch, a descendant of Adolphus Busch who co-founded the brewery in 1852. That family booze empire must have come in handy for the 93 percent of his life that he hasn't been of legal drinking age.

Multiple sources list Busch as one of the heirs to the brewing behemoth; although the family gave control of the label to InBev in 2008. The elder Busch remains involved with the liquor trade as a Florida local distributor of Anheuser-Busch products. This must mean that Jacob Busch is involved in beer, right? I mean, what bro in his early 20s wouldn't wanna get into the family business of getting people shwastey-faced?

Given the fact that he majored in "International Business and Entrepreneurship" at St. Louis University, I'm guessing he's engaging in some sort of entrepeneurial activity. In his website bio, he mentions himself as a partner in something called the "Party Pass Breathalyzer" from Runaway Productions. A handful of Google searches turned up nothing on this product, but judging from the name, it's probably one of two things: A) a portable breathalyzer to gauge whether or not your BAC exceeds the legal limit B) a prank brethalyzer.

The e-cigarette is another marketing venture he's gotten in on. As seen above, Busch seems to enjoy himself a good stiff drag on a battery-powered vapor-stick. At an event in LA last year, he gave an interview alongside gal pal Maloof where they both hawked their respective products.

When he's not selling things with his girlfriend, Busch enjoys giving back to the community. He serves as the West Coast ambassador of The Peter W. Busch Foundation to benefit The Busch Wildlife Sanctuary, the Cystic Fibrosis Foundation, and The Boys and Girls Club. Additionally, he works with an initiative called "Mission Save Her" which intends to fight sexual assault and human trafficking.

Who knows, maybe he's mature for his age.

They did go to this Elton John concert and he totally recognized a song.

Hey, coug' it up, Adrienne. As Lisa Vanderpump so perfectly said, she might as well have fun "running around with that little Busch between her legs."