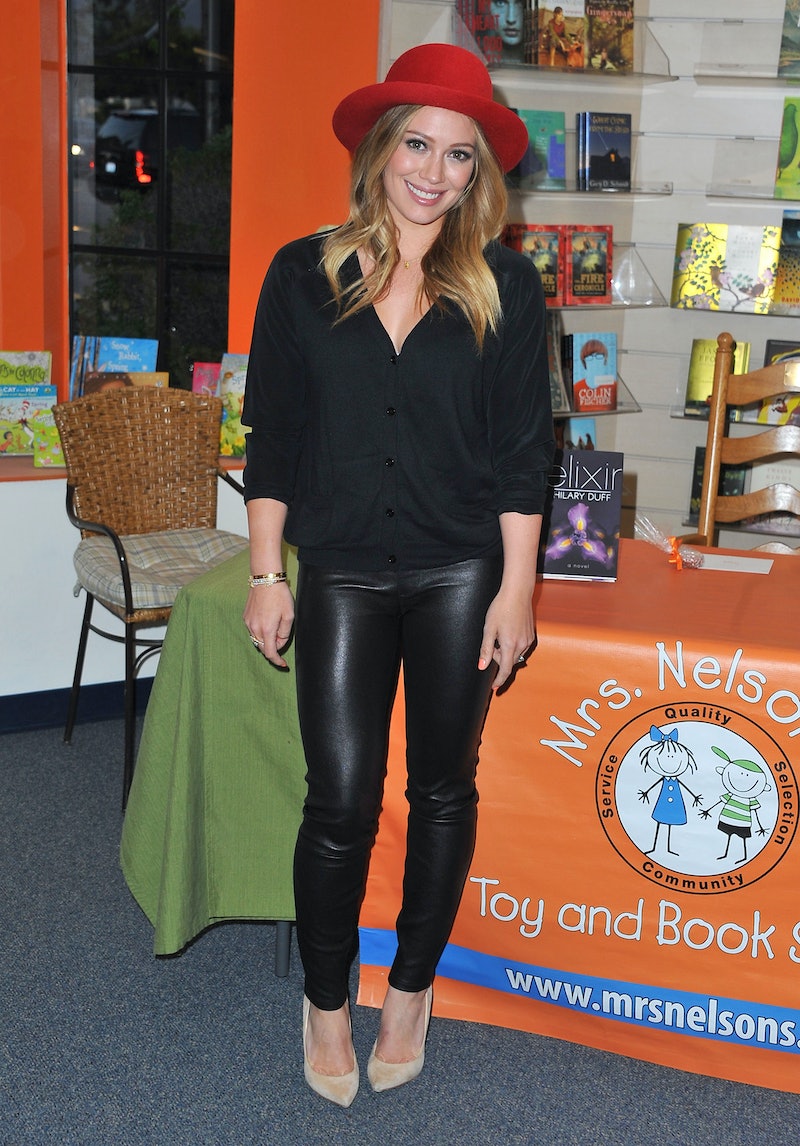 Former child stars must hate constantly being associated with the early roles that made them famous, and yet we just can't stop doing it. For example, Hilary Duff will always be Lizzie McGuire (and Wendy from Casper and Wendy) to me, despite the music career and several episode story arc as Dan's love interest on Gossip Girl that came in the years after her Disney series ended. That's why Hilary Duff's fabulous ELLE Canada cover caught me by surprise. She looks edgy. She looks cool. She looks nothing like Lizzie McGuire!

On the December 2014 cover of the magazine, which the actress Instagrammed on Tuesday, Duff wears a sparkly black Dolce & Gabbana mini dress with major shoulders. We're talking 1985 power suit levels of shoulder here. Shoulders that would make Heather Chandler jealous. But the dress's super-short hemline and Duff's tousled blonde hair (complete with visible dark roots), smoky eyes, and glossy nude lips kept the whole look totally modern. I hate to say it, but I'm going to anyway — our beloved Disney channel star is seriously grown up. Which makes sense, since she's, ya know, 27 years old and all.

Take a look at the cover below and prepare to mourn the death of your childhood.

More like this
Hilary Duff Spills The Tea On Why Disney+ Canceled The 'Lizzie McGuire' Reboot
By Jake Viswanath
Machine Gun Kelly Wore A $30K Diamond Mani To The BBMAs
By Paris Giles
How To Master Baby Braids, According To TikTok
By Tomi Otekunrin
The £11.99 Acne Busting Treatment Florence Pugh Swears By
By Tomi Otekunrin
Get Even More From Bustle — Sign Up For The Newsletter