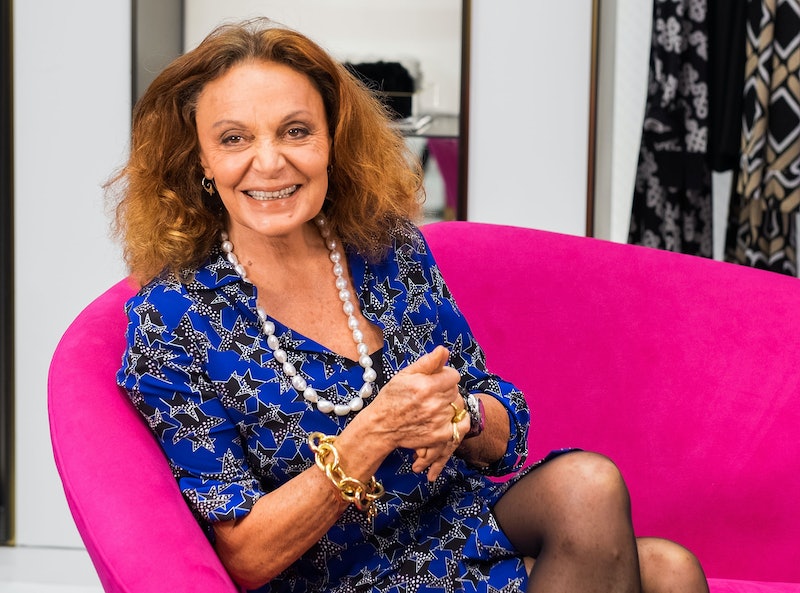 When you're wealthy, I'd imagine it could be pretty easy to run out of things to spend your money on. Designer clothing, luxury real estate, $13,000 Pomeranians... Okay, so the options are limitless. But what if you get tired of material goods? There's always charity, but that's so predictable! Why not build a landmass instead? Allegedly, Diane von Furstenberg is building an island off the Hudson River because... reasons? Actually pretty good reasons, it turns out.

According to the New York Post, the Diller-von Furstenberg Family Foundation has donated over $100-million to construct "a spectacular new public park" reminiscent of an island floating 71 to 15 feet above the Hudson. The project is called Pier 55 and will be located off West 13th Street. This hybrid park/island/performance venue will be complete with "a rolling landscape," a 700-seat amphitheater, and pedestrian walkways. That sounds a hell of a lot more involved than a jersey wrap dress!

Of course, this isn't the first time DVF has dabbled in the arena of public parks. In 2011 Diller-von Furstenberg Family Foundation gave a $20 million toward the refurbishing of the High Line, the elevated former train line that runs above downtown Manhattan. Clearly, our girl DVF is a regular old Leslie Knope. OK, not quite. But at least she's committed to making NYC's parks truly spectacular.

Based on that projected image above, Pier 55 is slated to be cool as heck. Plus admission to the 2.7 acre-park is free for everyone, so it is something of a charitable endeavor on DVF's part. "New York has always reminded me of Venice, so I am happy the time has come to properly honor its waterways," the designer told the Post.

And hey, with the rapidly rising sea levels around New York, perhaps Pier 55 will be the new New York City in a few decades!