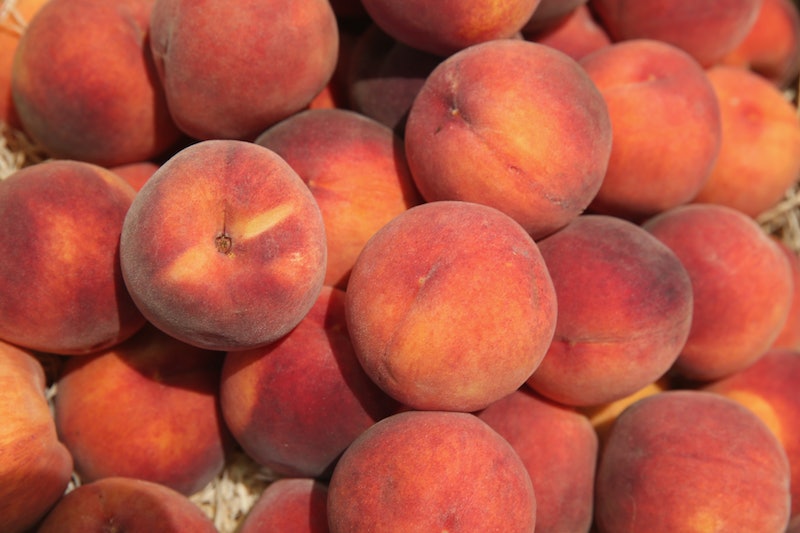 Whenever men try to decide what women really need it rarely goes well, whether you're talking about GOP efforts to appeal to female voters or your boyfriend's effort to find you a last minute birthday present. And if you don't believe me, look no further than the startup Sweet Peach, which wants to make vaginas smell like peaches using biohacking. I will give you three guesses as to the gender of the founders.

The company was started by Austen Heinz and Gilad Gome, both male founders of biotech startups (Cambrian Genomics and Personalized Probiotics, respectively). The mission of Sweet Peach is to develop probiotic supplements that will allow us women to change the scent of our vaginas to things like, say, peach. Because that's definitely something we've all been clamoring for.

Look, I'm not going to knock any woman who feels like maybe she'd be interested in trying out something like this. I mean, you do you, no judgment. But I am sure as hell going to take issue with the attitude this startup seems to have that this product is a way to somehow fix what women's bodies do naturally. After all, their other goals include things like making dog poop smell like bananas or making farts smell good. And those things apparently definitely belong in the same category as vaginas.

As Natasha Tiku pointed out in Valley Wag

The pair could not provide a satisfactory answer for why they are trying to iterate on your vagina, except that having sex organs that smell like fruit might help women better connect with their bodies, as though the way they smell pre-hacked is a malodorous barrier to body acceptance.

Overall, I just find this idea absurd, insulting, and a little creepy. For one thing, it sounds ridiculous. But for another, who the hell do these guys think they are, deciding that they can up and change some natural aspect of their fellow human beings just because the two of them think it might be more pleasant? Not just create a perfume or something, but use biology to actually change the way a person's body works. Seriously, what kind of unholy God complex do you have to have in order to consider that acceptable?

And that's actually where I feel like the whole thing crosses the line into creepy. Because this isn't just a couple people trying to engineer some new, cosmetic change for mankind; this is two men trying to change something about female bodies. And honestly, I have had enough — enough and then some, and then a few extra truck loads after that — of men thinking they have any leeway to change, alter, dictate, control, or otherwise exert uninvited influence over women's bodies. Done. With. It.

And yes, I recognize that this is nowhere near the scale of trying to control women's reproductive rights or limit access to certain types of medical care, but at this point? I don't even care about scale. I am done.

If Heinz and Gome don't like the smell of vaginas, sucks to be them. No seriously, sucks to be them, and that should be the end of it. It is no one else's problem but theirs. Women are under no obligation to change our bodies to suit the whims of men. Plus we sure as hell don't need another product to supposedly heighten our appeal, that we can then feel guilty — or be made to feel guilty — for not using. We already have makeup and hair products and waxing and high heels and more for that. And if the line for "things you can reasonably expect women to change for the sake of men" has not already been drawn, I am drawing it at vaginas. The end.

But hey, there is one good thing about this company. Kickstarter apparently won't let them use the site to fund-raise. Good on you, Kickstarter. I have an applause gif for you, too.