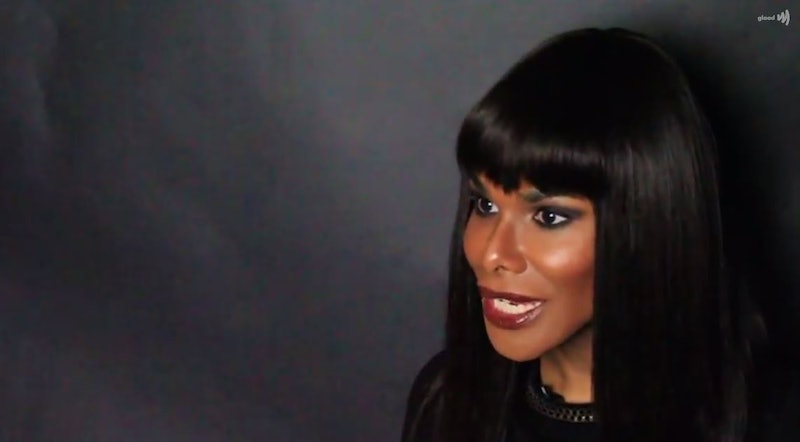 Transgender Awareness Week has been going on since November 12; today, November 20, it culminates in Transgender Day of Remembrance. In honor of the occasion, GLAAD spoke with three transgender women about their experiences — and the resulting video should be required viewing for everyone, everywhere. Here are their stories.

“The Transgender Day of Remembrance seeks to highlight the losses we face due to anti-transgender bigotry and violence. I am no stranger to the need to fight for our rights, and the right to simply exist is first and foremost. With so many seeking to erase transgender people—sometimes in the most brutal ways possible — it is vitally important that those we lose are remembered, and that we continue to fight for justice.”

Here, Miasha Forbes, Daniella Carter, and Cecilia Gentili describe their experiences and what Transgender Day of Remembrance means to them. Scroll down to watch the whole video:

Miasha Forbes remembers accidentally bumping into someone’s car while she was walking through the parking lot of a mall; the car’s owner got out and threatened her, saying, “I should shoot you right now, you ****ing man. I should kill you right now.” She remembers thinking that she was going to die. For that reason, Trans Day of Remembrance holds a special meaning for her: “It reminds me that there are people like myself who are no longer here.” Forbes lives a block away from the location at which a trans woman was brutally beaten in Bushwick, Brooklyn in October. "That could be me,” she says.

Daniella Carter was raised in “the broken foster care system.” She was abused physically, emotionally, and sexually. She got herself out, though, and she taught herself how to survive. For her, Trans Day of Remembrance “is highlighting the lives that, while living on Earth, often times they found disposable. It’s giving a voice to a lot of people who had to live in a time where their voice and their life didn’t matter.” It’s about not only showing the world that we care as a community, but also, on a global level, that “the time is now. That trans lives matter.”

Cecilia Gentili came to the U.S. from Argentina; during the darkest period of her life, she lived as an undocumented person in addition to having a history of substance abuse. “The beginning of the light,” she says, “was when I found my community.” Honoring those who have suffered at the hands of anti-transgender violence is a daily event for her; she believes that violence isn’t supposed to be something we “get used to.” It shouldn’t happen — and Trans Day of Remembrance is about stopping it as much as remembering those who have fallen.

Vigils to honor those whose lives were lost to anti-transgender violence will be held all over the world tonight; if you want to attend one in support, a list of vigil locations can be found at the Transgender Day of Remembrance’s website. Watch the full GLAAD video below: