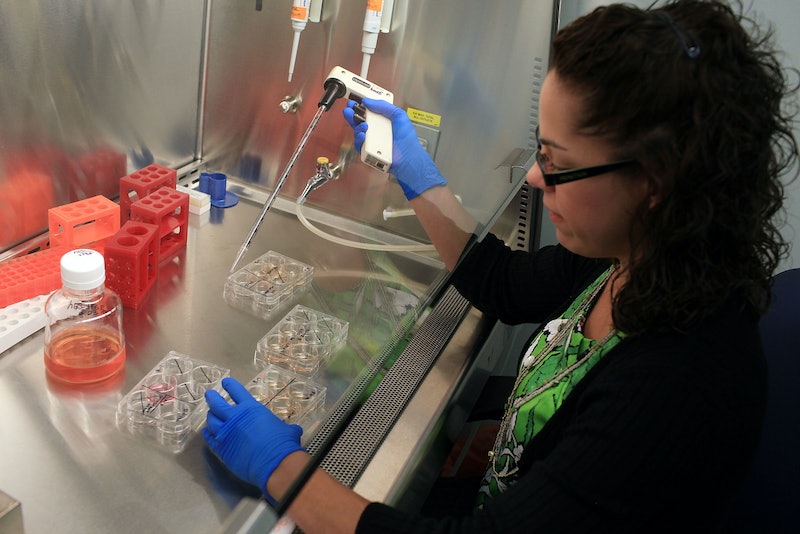 In a landmark decision last week, the United States Supreme Court ruled that human genes cannot not be patented because they are naturally occurring. The patents in question were held by Myriad Genetics, on two gene sequences, BRCA1 and BRCA2. Mutations found in these genes can cause breast cancer, as you probably remember from actress Angelina Jolie's announcement last month.

The patents previously in place effectively barred other companies from offering a diagnostic test for this BRACA, making Myriad’s $3,000 test the only option.

Now, that's about to change.

The court’s decision should increase the accessibility of these potentially life-saving tests, as competition is expected to drive down costs. The ruling also has immediate implications for other companies that hold similar patents on gene sequences of diseases such as cystic fibrosis, Huntington’s disease, and colorectal cancer. These patents may likely be challenged in lower courts, changing the overall availability of these tests, as well as the investment structures of research in this field.

The ruling may also complicate the already controversial arena of stem cell research. Stem cells are cells that have not been differentiated and could potentially be used to regenerate any type of tissue or organ cells. Ethical issues arise from the fact that these cells can be obtained from human embryos. Dr. Paul Knoepfler, who conducts stem cell research at UC Davis, writes on his blog about the human gene patent decision:

“There is a striking paradox here for many in the stem cell field hoping to make money off of stem cell patents. On the one hand, a major argument made by for-profit stem cell clinics is that the stem cells that they transplant into patients are naturally occurring things (even when propagated in the lab in culture) that are not more than minimally manipulated so they should not be regulated as drugs. They want the FDA off their backs. On the other hand, in many cases the same group of folks wants patent rights to their stem cell products. They claim unique, inventive ways of producing a distinct stem cell product and they naturally want protection from competitors taking away what they perceive as their own innovation.”

In both genetic sequencing and stem cell research, scientists are making incredible advancements based just on the identification or propagation of these naturally occurring human components. These technologies represent the next frontier of medical research, but are likely to remain closely regulated by the courts.

More like this
The David Beckham Qatar Controversy, Explained
By Sophie McEvoy
The 3 Best Universal Remotes For Fire Stick
By Lauren Moison
This AI Filter Shows How You’d Look In Different Time Periods
By Alexis Morillo
65 Funny Dares You Can Send Your Friends Over Text
By Siena Gagliano
Get Even More From Bustle — Sign Up For The Newsletter