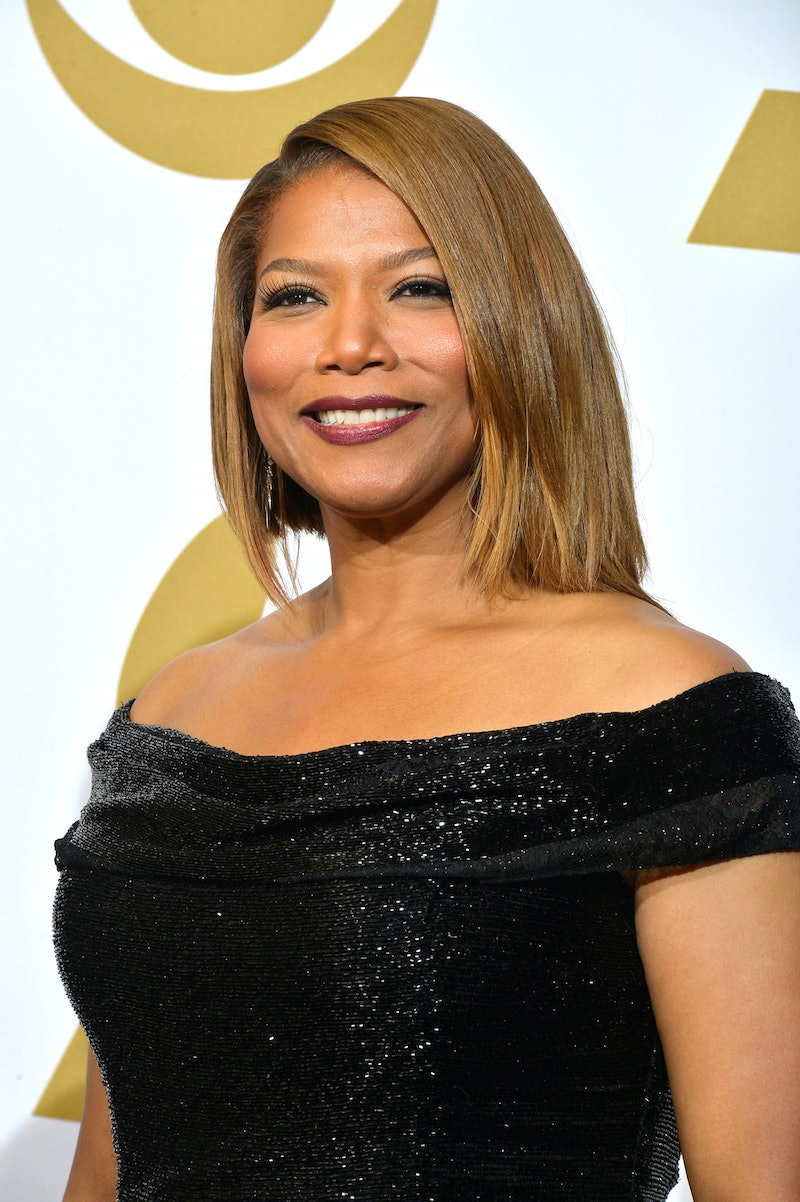 The daytime talk show lineup officially has an opening. Due to a low ratings performance, The Queen Latifah Show has been canceled. Per The Hollywood Reporter, the show's final original episodes will air on CBS through March. Latifah responded graciously to the news in an open letter she posted on her Facebook page in which she expressed gratitude toward everyone who supported the show, including members of her staff and crew, and even herself. The producers at Sony Pictures released a statement on the cancellation, writing, "We want to thank Dana, the producers and the entire staff of The Queen Latifah Show for creating a program that we are all very proud of."

While this is obviously a huge disappointment for the 44-year-old rapper-turned-Hollywood mogul, it's certainly not the end of the road for her. Anyone who's remotely familiar with Latifah's path to success knows she's come a long way from breaking ground as a prominent female rapper in the late '80s to enjoy an esteemed career as an award-winning actress and singer who also continues to have a hand in everything from film production to modeling, voice over work and endorsing major brands like CoverGirl, Pizza Hut and Jenny Craig.

Sure, we’ll certainly miss moments like witnessing Dolly Parton demonstrating her skills as an emcee, but in the meantime I'm looking forward to seeing Latifah's ongoing production projects as well as her upcoming starring role in the HBO biopic about blues singer Bessie Smith. Her talk show was definitely an admirable venture, but in my opinion, her positions as an actress, producer and songstress are where she shines brightest. The cancelation might allow her to move on to bigger and brighter. You never know.

Wherever we see Latifah next, the way she ended her thoughtful letter indicates that she'll remain in a position to win, no matter how she gets there. She wrote, "The most important thing in life is that you wake up every single day and take chances. No matter what the outcome ... believe in yourself and continue to fly."

More like this
Dolly Parton Joins TikTok & Debuts A Song About Baking
By Jake Viswanath
A Taylor Swift Documentary About The Ticketmaster Fiasco Is Streaming Now
By Grace Wehniainen
Taylor Swift Fans Sue Ticketmaster For The Eras Tour “Ticket Sale Disaster”
By Jake Viswanath
Yes, That's Lindsay Lohan's Sister Singing In The 'Falling For Christmas' Movie
By Radhika Menon
Get Even More From Bustle — Sign Up For The Newsletter