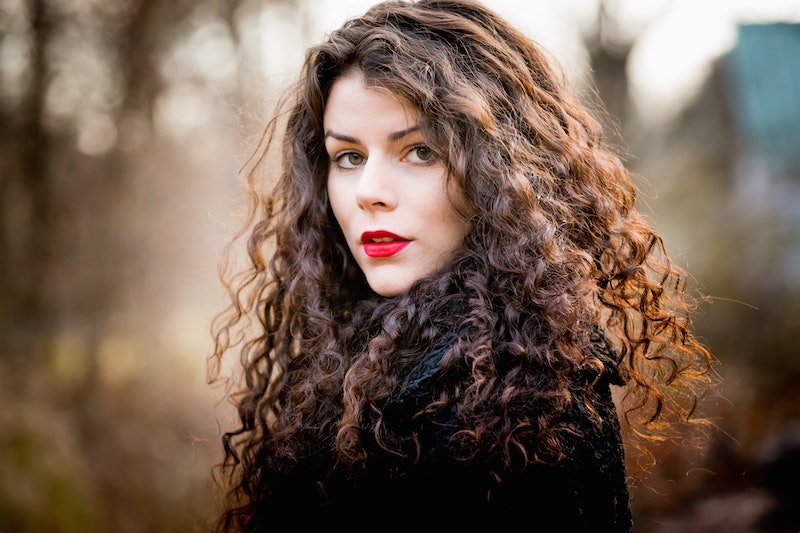 I can’t say that I’ve always been a tweener. Really, when I was little, I was just big. By fifth grade, I was 5'9". A carnie guessed that I was 19 when I was 10, a jewelry store owner that I was going off to college when I was entering middle school. First grade recess meant catapulting — yes, catapulting, as in literally throwing — my male classmates across the playground, watching them surface with grass stains and bent glasses, and silently rejoicing as they stumbled their way back to the end of the line and geared themselves up for another go. It was absolute madness! And I loved it. Most of the time.

The thing is, I think I would have been okay with being tall if I had at least been skinny — the kind of skinny I wanted to be, the kind of skinny without muscle, without softness, without the annoyance of huge bones to keep me in the BMI category of “morbidly obese.” ("Oh, we don’t generally pay attention to those for athletic types," my pediatrician told me. "But if you’re worried about it, just have one snack instead of four, limit the sugary drinks, all of that." I nodded. I already don’t snack, I thought. And I don’t drink anything but water.) I knew what I was — I didn’t need her to confirm or deny what was obvious, to reassure me or to tell me how to fix it. I may not have been obese, or even (technically) overweight, but I was big. And to me, “big” and “fat” were the same thing.

If it wasn’t for basketball, then, I suppose I would've always just considered myself “the big girl.” I mean, I was. Friends, teammates, and opponents alike only barely reached my armpits, and never mind the fact that I was playing pickup with 30-year-old men when I, myself, was only 11. On my travel team, my nickname was “Big Rachel” (as opposed to “Little Rachel”) — in town, “Big Red” (as opposed to “Chiclet”). My role was never more clearly defined.

Until, of course, it wasn’t.

“You’re a tweener, Rach,” my coach told me between his own missed foul shots on one fine April night. The gym doors were open to the parking lot, the wet spring air giving way to a hot wall of sweat. I was 14. “You’re not the biggest girl on the court anymore.”

Thank God for that, I thought. I smiled.

Little did I know, being a “tweener” would soon pose a major problem for college recruitment. Too big to be a guard, too small to be a post. I was seen, but I wasn't recognized. I was looked at, but I wasn’t touched. At least, not by who I really wanted.

In high school, I came to know what a true “tweener" really was. Basketball aside, I realized that I could never really put basketball aside. I wanted, badly, to participate in school musicals, but rehearsals conflicted with practice times, and, unfortunately, life can’t always be a box of strudels, scones, and apple pan dowdy. So I played the flute, I sang in choir. I posted up, boxed out, sank three-pointers. I practiced with the football team in its off-season and fell into beautiful, unrequited love with our 23-year-old athletic trainer. My two best friends were a 5' 1/2" track star...

...and the NaNoWriMo-loving valedictorian (with whom I often started in-class shouting matches — most epically over James Joyce’s The Dead, most frequently over the merits of Twilight). And I’m happy to admit that just because my favorite poet is T.S. Eliot doesn’t mean I don’t also love Taylor Swift. (Some of you are thinking, She had to get in here, didn’t she? And to that, I say, "Yes. Yes, she did.")

And so my Sweet 16 party was like the lunchroom of Mean Girls : Jocks here, sexually-(in?)active band geeks there. The greatest people you will ever meet, and, by obligation, some of the worst. But me? I didn’t even know what table to sit at! My place was an absence of place. So I stuck to the dance floor and did my best to settle in. Which brings me to the crux of the matter: Modeling.

Growing up, what I liked about my physical self was my face from the front (when Joey Gallassio called me beautiful, when Matt Morgan said, “You’ve got really pretty eyes”), and my stomach from the side (it was flat, and whenever I could, I made sure to angle myself so that the kids around me would see that). But from what I saw, the profile that my mother had always described as angelic was muddled by two, unguarded chins, and the body that my gym teachers and coaches called strong was monstrous. I was all broad shoulders and wide-set hips, thick, hard quads, and feet bigger than my mom’s size 8 since third grade. To this day, whenever she and I walk by a baby or a toddler, the first thing she says is, “I don’t think you’ve ever been that small, Rae,” and I don’t think I have, either. I miraculously jumped from infant to mutant sometime between birth and preschool, and I have no recollection of a middle ground.

So modeling. Not gonna lie, it’s something I’ve always wanted to do. I love fashion, I love hair, makeup, the whole deal. I love loving the camera, and hating it — hate the camera, rawr!

But I don’t look like the women in the shop windows of Lane Bryant, nor like the ones frozen and laughing on the walls behind the register of LOFT. I’m very equally neither. I’m the girl standing in the mallway, wondering which store will finally present her with a well-fitting pair of jeans, a dress that zips up and over her ribcage. I am, once again, placeless. Placed in my absence of place.

Because look: I’m a 38B, which translates to "Big Back, Baby Boobs." I oscillate from a roomy 12 to a snug 14, depending on, you know, everything. I'm 5'10", and, as of this morning, 199.8 pounds, with no butt to prove it. Wide-set hips, yes. Whopping quads, check. Calves that refuse to accommodate skinny jeans and shoulders that practically puke sweaters from under coats. Stomach, flat (when standing). Waist? Define "waist." And curves? What even are they?

When I wear a bra that’s not at least five years old, it cuts deep, deep into my back. That’s about as curvy as it gets. So... Too big to be straight-size, too small to be plus. Sound familiar?

And so we get the general public saying how terrible it is to consider a “healthy,” “normal-size” girl as “plus-size.” We get “plus-size” girls saying, "God, if she’s a plus, what does that make me?" And we get the tweeners, my fellow in-betweenies, thinking, "Is this real life?"

Seriously, though. Is it? Why, oh why, are we caring about titles? What’s in a name? As if “plus-size” is something so shameful; as if “plus-size” is something one must fit into! Yet another standard to fill. While it's true that emotionally, and, yes, physically, I identify more with plus-size girls when it comes to certain issues and life happenings, being a tweener makes me wonder if I’m even allowed. As I write this, I worry I’m offending those who are bigger than me, simply because I look more like Dalbesio (minus the boobs, plus some other stuff) than Ashley Graham or Chloe Marshall.

And so I’m curious, now. What do you see? Because I’m pretty sure I’ve just drawn you a Picasso.

"HOUSTON, I HAVE A BUTTOCK!" I do, I promise. Two, if you want to play into its/their grammatical ambiguity. It/they may not be bulbous, but it/they exist(s). It/they is/are currently in use. It/they will, probably, soon need a break.

And boobs! Sure, bra shopping sucks. Sure, it’s full of 78-year-old saleswomen who latch tight to your right-hand “lady” upon entry, squish it up and down and around and shout, "B?! Whoever said you were a B?! Get her a C, Felicia!" Sure, you try on the C and find yourself shouting profanities into your pushup cup’s cavernous depths. But, hey! They're there, and they’re yours.

I have a body. It sits. It stands. It poses. It sometimes cooperates when I tell it to look cute. And I highly doubt that anyone but me is so aware of its troubles.

So what’s the deal? I wear clothes, every day. There are times, of course, when I would really rather not. There are times when, yes, I’d like to pull a "Blank Space" and chop up my own dress shirts, de-sleeve and un-pant the entire contents of my closet.

Because THAT, right there, is the thing — that’s the problem. The can’t word. Even if my body didn’t sit, didn’t stand, didn’t pose. Even if it didn't listen to me when I tell it to look cute. Even if it didn’t care what “cute” is. And even if it was a Picasso, even if it wasn’t real. There’s one thing I know it most certainly is, and that’s THROUGH —

And I think the world is, too.

More like this
Here Are All 703 Outfits Rachel Wore On Friends
By Kat George
6 Of Mike Tindall’s Unfiltered & Royally Entertaining Jungle Confessions
By El Hunt
'Bridgerton' Fans Will Love ITV’s 'The Confessions of Frannie Langton'
By Maxine Harrison
My Lip Color Lasted Through A 3-Course Meal, Thanks To This Viral Lip Stain
By Isabella Sarlija
Get Even More From Bustle — Sign Up For The Newsletter