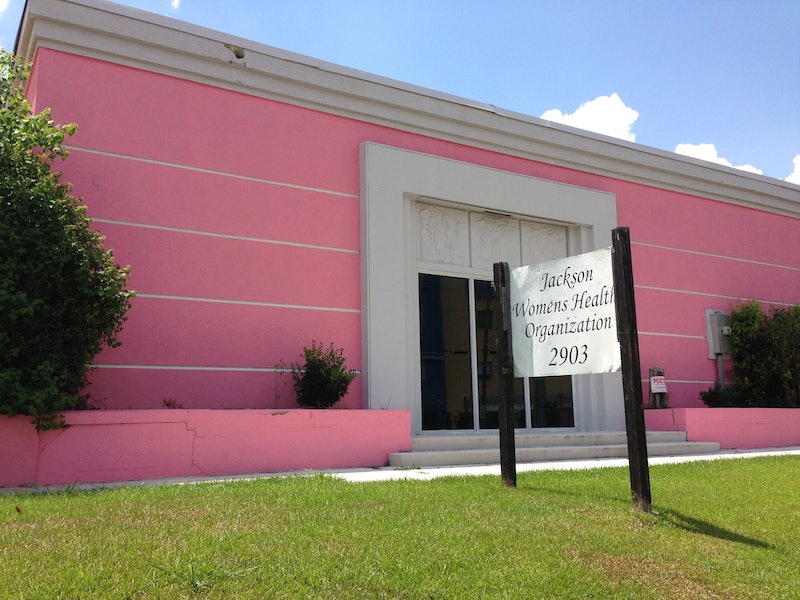 Two embattled abortion clinics received crucial reprieves this week. Down in the South, the last remaining abortion clinic in Mississippi is staying open after the 5th Circuit Court of Appeals refused to rehear a case that struck down the constitutionality of a 2012 TRAP law designed to close the clinic for good. Meanwhile, the lone abortion clinic in the Cincinnati area was granted an exemption by the state health department, allowing the clinic to go about its business as usual. If both clinics were to close in their respective areas, it would have left thousands of women without safe access to abortion.

For the employees and supporters of Jackson Women's Health Organization in Jackson, Mississippi, Thursday was another victory in a two-and-a-half-year legal saga that has threatened to end legal abortion in the state. In late July, a panel of three judges on the 5th Circuit upheld an injunction barring the state's 2012 admitting privileges law from being enforced. Jackson Women's Health Organization had initially tried to comply with the law, which mandates that physicians at the clinic have admitting privileges at a hospital within a 30-mile radius, but was rejected by every local hospital.

With the injunction upheld, Jackson Women's Health Organization could keep its doors open. However, Mississippi Attorney General Jim Hood — upset that abortion would still be legal in his state — filed a request with the 5th Circuit for a rehearing of the case. On Thursday, the court denied his request, thereby upholding the unconstitutionality of the admitting privileges law.

Nancy Northup, president of the Center for Reproductive Rights, which filed the lawsuit on behalf of Jackson Women's Health Organization and Dr. Willie Parker, said Thursday in a statement:

For far too long, women in Mississippi have been teetering on the precipice of a reality similar to the dark days before Roe v. Wade, where reproductive health care options were limited at best and life-threatening at worst. This is unacceptable, unconstitutional, and contrary to the consensus of the strong majority of Americans who do not wish to see Roe’s constitutional protections overturned. ... We will continue this fight to ensure the fundamental rights established by the U.S. Supreme Court more than 40 years ago remain a reality for women in Mississippi and across the country.

Although Jackson Women's Health Organization — which has been affectionately nicknamed "The Pink House," due to its vibrant, bubblegum-colored exterior — won this battle, the legal challenges continue. According to the Center for Reproductive Rights, the case is now returning to the federal district court. In the meantime, the clinic will press on as the sole abortion provider in Mississippi, a position it has held since 2002.

Cincinnati's Planned Parenthood serves the greater metropolitan area of southwestern Ohio, northern Kentucky and southern Indiana — more than 2 million people in all. If the clinic closed, Cincinnati would have been the largest metropolitan area in the United States without an abortion provider.

However, other abortion clinics in Ohio haven't been so lucky. Over the last year, the number of abortion clinics has fallen to eight, with the western half of Ohio greatly impacted. One of the only other clinics left in western Ohio, Women's Med Center in nearby Dayton, is also seeking an exemption from the state's health department; it has yet to hear a response.