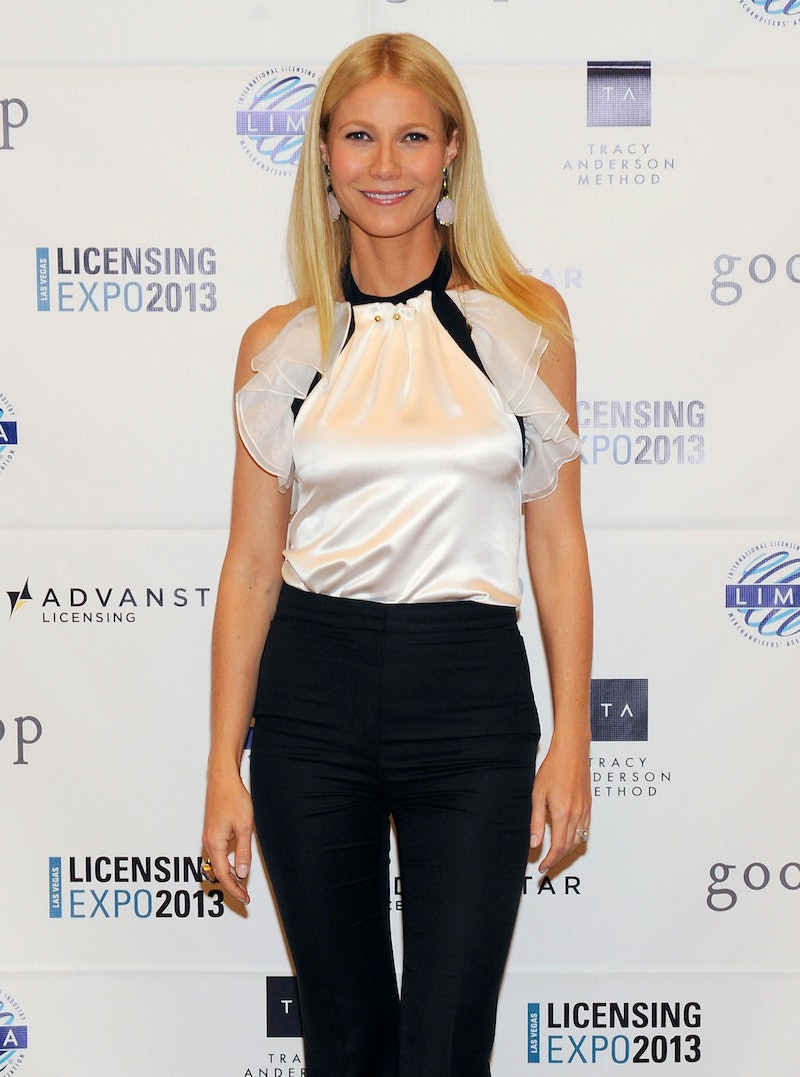 Well-known famous actor person and lover of all of the finer things in life, Gwyneth Paltrow had a garden party in the Hamptons this summer. Hardly newsworthy, you think, and you would largely be right! However, because this garden party was in honor of her made-for-mass-consumption newsletter, GOOP, and saw her teaming up with fancy-pantsy designer Stella McCartney, well — it's gotten tongues wagging.

"A British-themed garden party?" you exclaim incredulously. "Is there anything this woman does that isn't annoying?" To which I reply: why do you find it annoying? Don't you think that says more about you than it does about her?

I know, I know: "But what good is the Internet if not for giving us the chance to judge and criticize those that make their lives fair game by commodifying it?" You retort. And, sure, yeah, I get that to an extent, but I mean, really, when you think about it, she's not doing anything all that different than making a movie. Instead of playing a fake character, though, she's just doing stuff that she really enjoys, like pretending to be British, serving fancy small foods, and hanging out with other fancy rich and famous people.

"But I don't like it!," you defend. And that's cool. Then maybe stop reading posts on the Internet and signing up for her newsletter under the guise of hate-reading because all it does it make yourself angry and crazy? Because of course her life is this nice and fancy: she gets paid stupid amounts of money to say words on a screen. Words that you pay to see and enjoy. She's grown up in that world and now it's also her adult world, as well. So like, what's the point in getting upset about everything that she has that you don't, right?