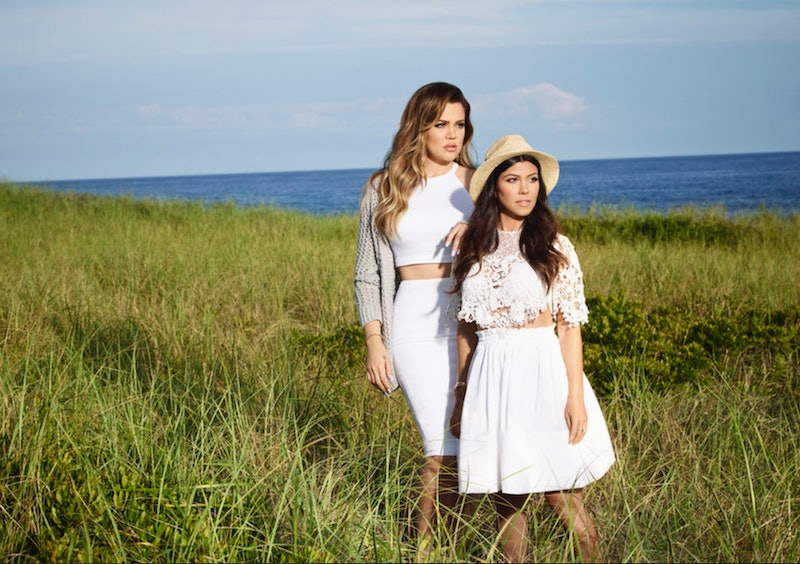 After last Sunday’s not-so-happy episode, this Sunday night's Kourtney and Khloe Take the Hamptons was sort of a relief. BUT ONLY SORT OF. It was still a fairly dark hour of reality TV. (One noteworthy bright spot: Mason telling Kim he wants a baby sister so he can name her Twilight Sparkle. I should also mention that he was wearing ridiculously cute PJs. UGH he is too adorable.)

After some deliberation, Scott decided he'd check himself into a rehab facility. Shortly after he left the Hamptons, all of the Kardashian-Jenner-West women descended upon New York City. The occasion: Khloe's 30th birthday kelebration. The timing of Kris, Kim, Kendall, and Kylie's visit was pretty aces: Both Kourtney and Khloe were going THROUGH IT and needed all of the family love they could get.

(When Khloe was peeved at the fit of her birthday yacht party dress, I was like, "YOU BE PEEVED AT WHATEVER YOU WANT TO BE PEEVED AT, KHLOE. YOU'VE HAD A TOUGH FEW YEARS. ALSO, IT'S YOUR PARTY AND YOU CAN CRY IF YOU WANT TO.")

After a failed attempt to talk to Khloe about turning 30, Kris tagged in Kim. And it was the right call. By the end of the conversation, Khloe appeared to be in way better spirits. I don't know if it was Kim's "I was in your shoes at age 30, look where I am now, everything's gonna be fine" pep talk or that scalp massager, but Khloe seemed to be feeling way better about bidding her 20s adieu.

As she kelebrated Khloe's birthday weekend with her family, Kourtney shouldered some personal issues of her own. She worried that Scott—who oscillated between being into the treatment he was receiving and hating it—would leave rehab right away. While eating lunch in a distractingly loud and crowded restaurant, Kourtney told Kim that she didn't know where she and Scott stood, but that they'd figure it out later. Her concern: that Scott got the help he needed.

Khloe, Kim, and Kris's concern: that Kourtney got the help that she needed. So, they arranged a one-on-one meeting with a relationship therapist. (And not just any therapist, but a therapist who they summoned to the Hamptons all the way from Arizona.) Kourtney was apprehensive at first, but after chewing on her nails in silence for a thirty seconds, she said she'd be down to talk to Leigh.

No, their family's visit didn't totally fix everything that was going on in Kourtney and Khloe's lives (Kris Jenner can work wonders, but she's not an actual magician), but it had me saying "I'M SO GLAD YOU'RE HERE, KRIS AND KIM AND KENDALL AND KYLIE! WE NEEDED YOU!" out loud at my TV. (Not sure what that says about me.)