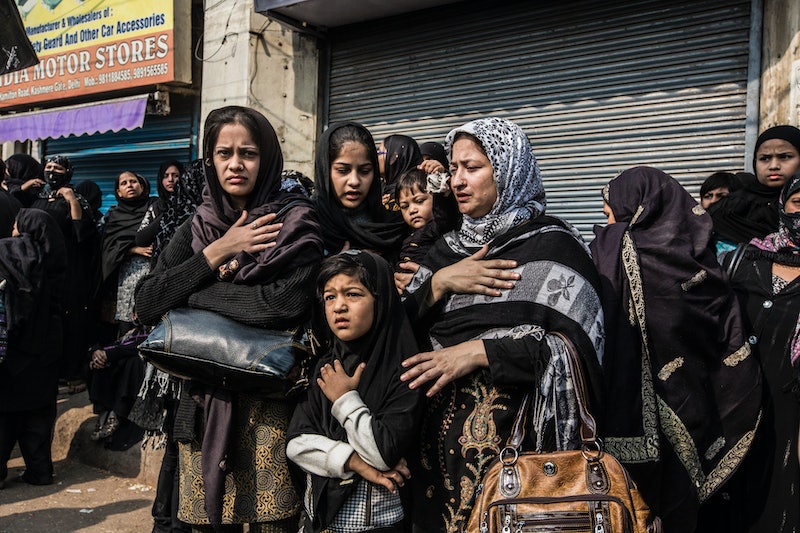 A judge in India has sentenced four rapists to death.

Earlier this week the men, Akshay Thakur (who worked as a bus cleaner), Vinay Sharma (a gym instructor), Pawan Gupta (a fruit peddler), and Mukesh Singh (unemployed), were convicted of rape, unnatural sex, murder, conspiracy and destruction of evidence.

On Friday, all four men were sentenced to death.

After their conviction, the family and friends of the 23-year-year old victim, as well as crowds outside of the courthouse called on the justice system to administer the ultimate punishment.

The 23-year-old rape victim was a physiotherapy student in Delhi with a friend when the men lured them onto a bus, beat them, and violated the victim with an iron rod, causing fatal internal injuries.

Of the judge's sentence, the victim's brother told The Guardian , "This is true justice for my sister." And a friend of the victim's family, Bhanu Pratap Pandey, said."My respect for the Indian judiciary has gone up manifold. It was death they deserved and death they got."

Upon hearing the sentencing decision, crowds outside of the courthouse cheered. The particularly brutal case sparked widespread anger in India and forced the nation to take a closer look at the treatment of women in a country where rapes, acid burnings, and other forms of violence are not uncommon.

Meanwhile, relatives of the convicted rapists spoke out against the verdict. The mother of Vinay Sharma told reporters, "If he would have been a politician's son this would not have happened with him."

Defense attorneys for the four men plan to appeal both the verdict and the sentencing in the case. They argue that the punishment is too harsh, since a fifth perpetrator, Ram Singh — who's thought to have perpetrated the most brutal part of the attack — was already found hanged from a sheet in his prison cell in March.

The decision will now go to the high court If upheld there, the defense can also appeal to the supreme court. India's president also has the power to pardon the convicted.

India ended its unofficial halt on the use of the death penalty in 2012, with the execution of a Pakistani Islamic extremist convicted of carrying out terror attacks in luxury hotels that led to numerous deaths. It is still an extremely rare sentence in the country.