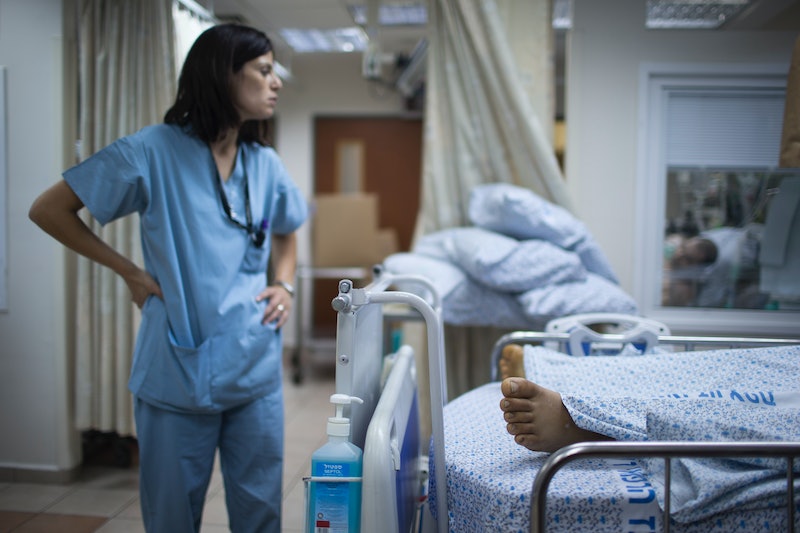 American women are regaining jobs lost to the recession more quickly than men. This isn't exactly a new development — remember all the "mancession" hysteria a few years back? — but it's interesting that the trend doesn't show signs of ceasing.

The latest jobs report shows unemployment for women was 6.8 percent in August, while men's unemployment rate hovers nearly a whole percentage point higher, at 7.7 percent. According to the Associated Press, women have now gained back as many jobs as they lost during the recession. Men, meanwhile, still fall about 2.1 million jobs short.

"To understand why, consider the kinds of jobs that are, and aren't, being added," say AP economic writers Paul Wiseman and Christopher S. Rugaber.

Lower-wage industries, like retail, education, restaurants and hotels, have been hiring the fastest. Women are predominant in those areas. Men, by contrast, dominate sectors like construction and manufacturing, which have yet to recover millions of jobs lost in the recession.

"It's a segregated labor market, and men and women do work in different industries, and even in different areas within industries," says Heidi Hartmann, an economist and president of the Institute for Women's Policy Research.

Remember this next time you hear people yammering on about the mancession or 'she-covery.' In my experience, this tends to be bandied about by men's rights activist types and others angling to win the Gender Oppression Wars.

Of course it's bad that men are still struggling mightily with unemployment. But it's not as if women are just waltzing into all sorts of bonanza jobs, or "taking" work that might otherwise go to men. Men — by and large — don't become home health care aides or daycare employees. They don't tend to work in hotel housekeeping. The idea that women are unfairly monopolizing the labor market is about as nonsensical as complaints that all those migrant immigrant laborers are driving up Americans' unemployment rate.

Since the recession "officially ended" in 2009, the biggest job-growth sectors have been education, health care, and the hospitality industry — all areas where women dominate. But many of the jobs in these industries are low-paying and insecure.

"It's not like women are fine now," said The Economic Policy Institute's Heidi Shierholz. "Women have been disproportionately in lower-quality jobs."

And even though women have recovered recession job losses more quickly, more men than women have found work since the recession ended, and men still hold more total jobs in the United States.