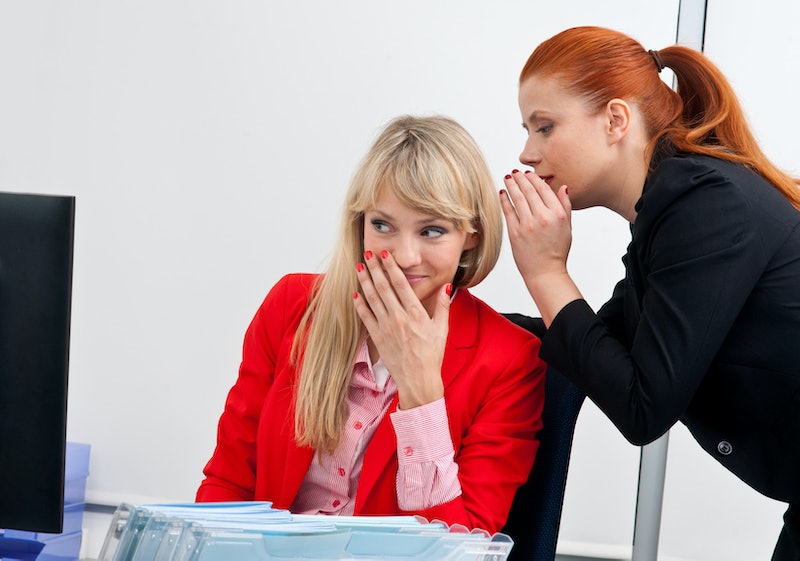 Have any hot company gossip you want to share? Feel the urge to rant about your boss? Need to get some work complaints off your chest? Well, now there’s an app for that; Canary app for anonymous company chatter lets you talk about your company with coworkers and strangers without revealing your identity.

The app, which launched earlier this month, is available for free via the Apple store. You sign up for Canary with your work email address, which then allows you to post on your company’s thread. Though users are only able to write on their own company’s thread, they can see the threads of all other companies. According to SocialTimes, 500 companies have already signed up, including heavy-hitters such as Twitter and Adobe.

Canary is trying to differentiate itself from other anonymous sharing apps such as Whisper and Secret by actually being anonymous. Canary doesn’t keep records of the email addresses that have signed up, and claims that it has no way of knowing which user or email address is connected with a post. In other words, even if a company demanded knowing who posted that inflammatory piece of gossip, Canary wouldn’t be able to find out.

And while it may be comforting that the app won’t be able to identity its users, it begs the question of what the app is actually good for. Of course, it’s fun for users to read the chatter from other companies, but what’s the motivation for writing on your own company’s thread? If you have something nice to say, what reason do you have to say it anonymously? If you want to post a company announcement, there are surely better ways to get the word out than Canary. So we are left with an interface for negative comments and things that might be better off unsaid.

Overall, Canary may not be worth the download. On the other hand, it would be the perfect place to share just how cute you think the guy who delivers coffee looks this morning….