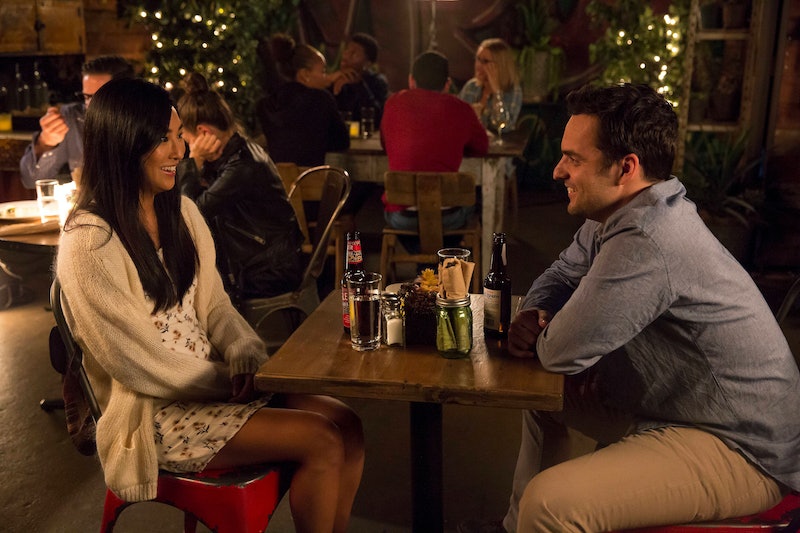 Despite all of the missteps that have plagued New Girl over the years — those ridiculous issues with Jess and Nick's relationship, Schmidt moving out, and so on — there's one thing that has always stayed hilarious and perfect: Nick's friend Tran. Tran is just the most adorable and consistently great random characters on the series. Seriously how do you not smile when he comes onscreen and smiles? How would you not want to have him teach you water therapy? I actually, truly believe that Tran could cure anger issues for everyone in the world. It looks like New Girl is responding to the positive attitudes about Tran and is finally giving the guy a backstory in the form of a new family member and Nick's latest New Girl love interest Kai, played by Greta Lee.

Now if you feel like you've heard the name Greta Lee before, that's because she's popped up all over the place on television and in film and is definitely an up and coming comedic actress that no one should forget.

While she's relatively new the Hollywood scene with just a couple of years of work under her belt, Lee has already proven to have some great comedic chops appearing in such great projects as Chris Rock's new film Top Five, Girls, Inside Amy Schumer, St. Vincent starring Melissa McCarthy and Bill Murray and 2012 indie film Hello I Must Be Going (which you should definitely check out).

But these are probably her most memorable roles:

In Girls, Lee appeared in a few episodes playing the role of Soojin, Booth Jonathan's obnoxious assistant who later returned in Season 3, uttering gems of lines like "Bitch, you're stealing all the Mochi," and making Marnie feel extremely jealous and self-conscience when she reveals she's opening her own gallery thanks to help from her parents. She was the worst and she played it so well.

On Inside Amy Schumer, Lee has appeared in so many different iterations of quintessential mean girls and has killed it every single time. Lee met Amy Schumer during an audition for a Noah Baumbach movie, according to an interview Lee did with Entertainment Weekly. I suspect the movie she auditioned for was Baumbach's newest venture When We Were Young, in which Lee actually does have a small part. But through that meeting, Lee was able to play such great roles on Schumer's show like a contestant on Sauced (the fake cooking show for drunk people), one of a gaggle of brunching ladies who are "so bad," and a few others.

And (Almost) That Amy Poehler Show

Lee was also slated to appear in a TV series called Old Soul , produced by Amy Poehler about a wild child who tries to find herself while working with elderly people at a nursing home. The show's wild child was supposed to be Natasha Lyonne and would co-star Ellen Burstyn and Lee as Lyonne's best friend. But the pilot was never picked up by NBC.

Thankfully, Lee is getting her last laugh by appearing as Kai on New Girl. Nick may be getting a love interest, but we'll get to see if Kai is just as happy, warm, and patient as her father. And truthfully, that's the only way she'll survive Nick Miller.