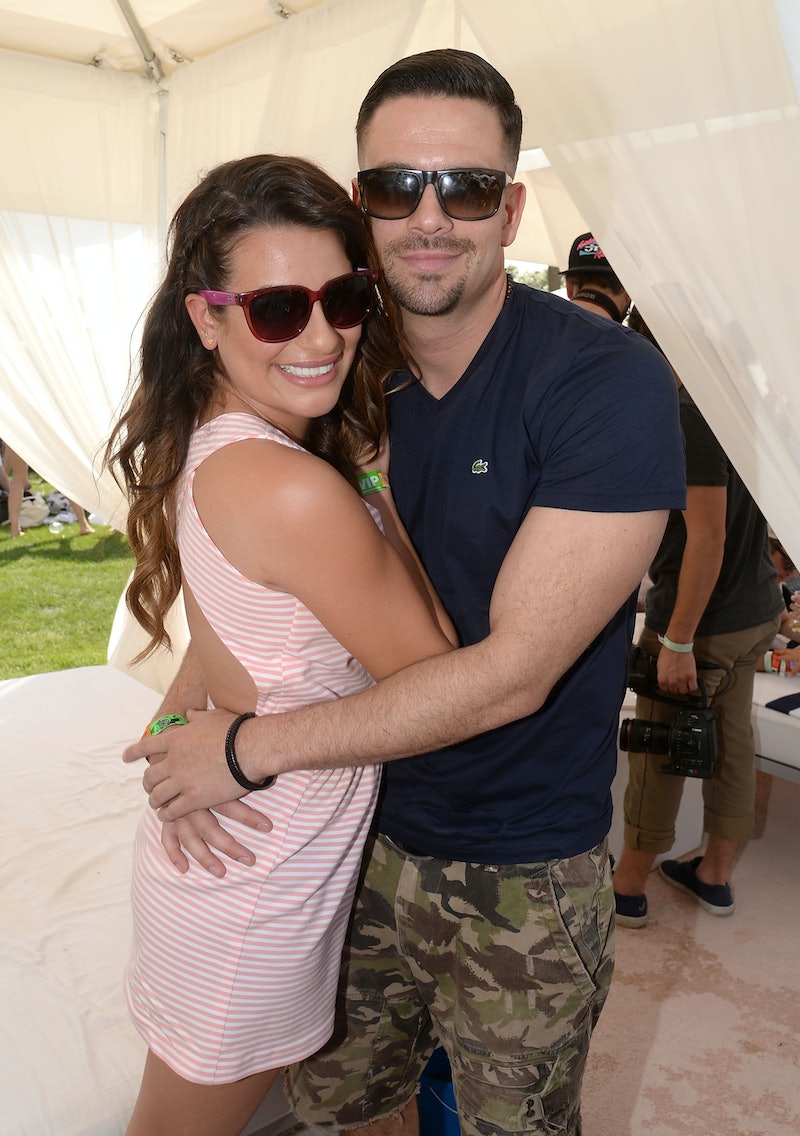 It's always sad when a TV show comes to an end. But it might be a good thing that this Fox show only has one more season because Glee hasn't been the same since Cory Monteith died. Although it's been over a year since he passed away from an accidental overdose, his death was especially hard on the cast of the show. "Cory Monteith was a great leader as a character and person in real life," co star Mark Salling recently told People magazine. "It's a big, obvious hole [in the show]. I still think about him all the time."

Salling and Monteith played Glee's BFFs Puck and Finn for four seasons so it's no surprise that Salling still misses him. Especially since he says Monteith was the backbone of the production. "He was kind of like the quarterback of the show, which sounds cliché because the [tribute] episode was called that, but he was kind of like that in real life." And though Salling admits he's going to miss the show, I think it's for the best that Glee is ending.

There's been a lot of debate about the final season of the show. Some people are glad because they claim it's gone downhill since the early innocent days of singing in the choir room. Others are upset that it's going to be over for good. But that talk needs to be put aside. This isn't about the quality of the show, this is about the fact that Finn was an integral part of Glee, and it hasn't felt the same since he's been gone. There's no way around that. Like Salling says, "I don't think there will be any closure." It's just too hard, and because of that, it's really just time for Glee to end.

The actors gave a valiant effort to keep going after the sad news (Lea Michele is beyond impressive) but it still feels like something too big is missing. When I first heard that the sixth season was only going to be 13 episodes I was disappointed, but now I realize that it's kind of a blessing in disguise. The silver lining to the end of Glee is that we won't be reminded every week of the big hole Monteith has left behind.

That's not to say the fans or the cast will forget him; that's impossible. But though they've tried, it's clear the show really can't go on without their quarterback.

More like this
Julie Andrews Revealed A Surprising Behind-The-Scenes 'Bridgerton' Detail
By Grace Wehniainen
Sadie Sink Would Escape Vecna From 'Stranger Things' With This Taylor Swift Song
By Grace Wehniainen
Wait, What’s Going On With Ben In That Umbrella Academy Season 3 Post-Credits Scene?
By Gretchen Smail
James Marsden Kept Teddy’s Westworld Season 4 Return A Secret “For Years”
By Brad Witter
Get Even More From Bustle — Sign Up For The Newsletter