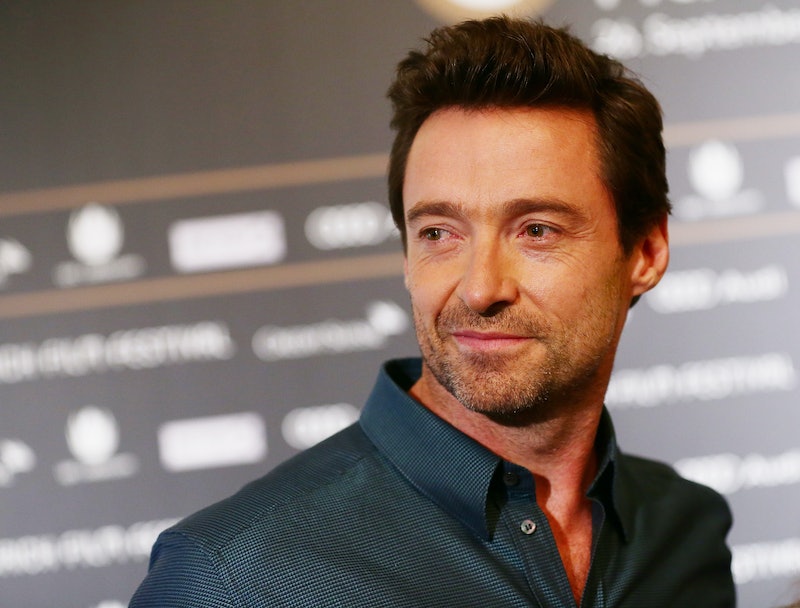 Hollywood tends to follow very cyclical patterns, and so at the moment we are entering yet another mini-era inundated with Peter Pan. First will come NBC's Peter Pan Live! extravaganza on Dec 4. Then not far down the road in July we'll get Pan, in which Hugh Jackman will play not Captain Hook but Blackbeard as the film's villain. And now Entertainment Weekly has the first images of Jackman all black-bearded up for the role.

Jackman shaved his head for the part, and it shows because... wow, that is quite the wig. He's also got quite the feather plummage going on and undereye circles that hint that Blackbeard may want to stop burning the candle at both ends with this whole pirate business. But you know, if you've found your life's passion...

Jackman's Blackbeard is actually giving me serious Christopher Walken vibes — kinda funny, considering Walken is set to take on a somewhat differently flamboyant Peter Pan villain as Captain Hook in Peter Pan Live. It's almost like they switched places — Walken's not a man without a musical theater history, but Jackman's more known as the song-and-dance dude these days.

Pan comes out July 17, so start prepping your compare/contrast lists for these two productions now, folks. You know they're coming.