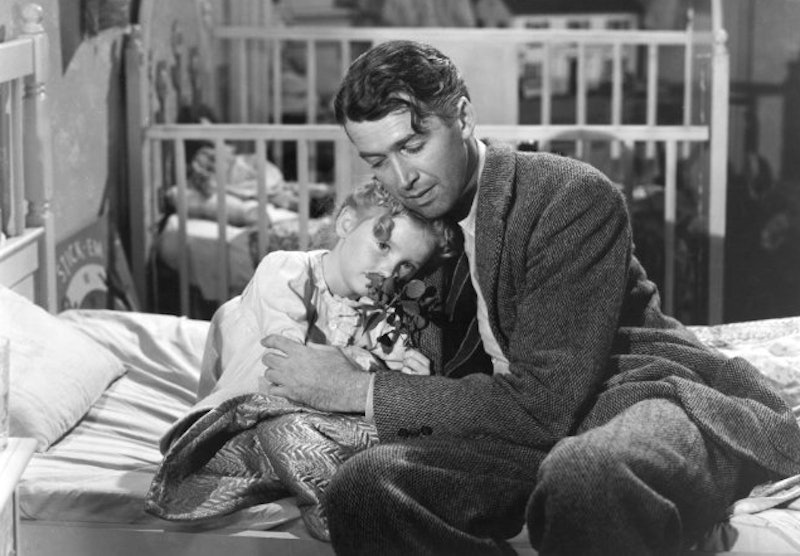 That time of year is upon us. It's almost Christmas which means there will be holiday commercials, songs, and movies for us to enjoy. It seems like everyone is trying to get a piece of the action by releasing original albums, new products, and recycled movies. Nevertheless, no matter how many people try to create new Christmas classics it is a hard feat to accomplish. There are some classics that just stand the test of time. There are plenty of reasons why It's a Wonderful Life is broadcast every single year on Christmas Eve. And they all come back to it being the best Christmas movie ever. IMDb describes the movie, "An angel helps a compassionate but despairingly frustrated businessman by showing what life would have been like if he never existed."

But there's so much more to it than that! The movie is the gift that keeps on giving. It's a Wonderful Life is the absolute best Christmas movie of all time. I have no doubt about this and have several reasons to support my case.

It Airs Every Year at the Same Time

OK, so this isn't really a reason why the movie is great. But it does show that it is great. A lot of the same films and TV episodes repeat each year, but the airing of It's a Wonderful Life is a huge tradition. The film is on every year on Christmas Eve. The movie was released in 1946, meaning that its fan base has been growing for 68 years. Everyone has watched this movie and looks forward to repeating the viewing annually.

James Stewart's portrayal of the down-on-his-luck George Bailey is nothing short of iconic. Bailey is the person we all want around. He takes care of everyone around him and tries to make everyone's lives better. His character contemplates taking his own life in the wake of business and personal troubles. He is a hero, but it is very relatable in the vulnerability of his struggle. Bailey shows us that it is important to take care of the people we love.

It Teaches Us That There Is Something Extraordinary About Every Day

In one of the best lines in cinematic history, Bailey's daughter ZuZu says, "Look Daddy, Teacher says that every time a bell rings, an angel gets its wings." Religious reference aside, it shows us that you can make something extraordinary out of the ordinary. When the phone rings or someone pushes a doorbell, they're not just things that happen every day. These can serve as reminders to look for the best in every single thing.

Clarence is the most endearing angel. He is not a full-fledged angel and is looking to earn his wings by helping out Bailey. He is supposed to be the voice of reason, but he does not have it all together quite yet. His character shows us that it's OK to still be learning. No one is an expert all along and even the best of the best should keep learning. Clarence also utters one of the best lines: "Strange, isn't it? Each man's life touches so many other lives, and when he isn't around he leaves an awful hole, doesn't he?

The Underdog Can Come Out on Top

This is something important both within and outside the context of the movie. Bailey is the underdog, constantly getting pushed down by the film's antagonist Mr. Potter. However, the movie itself was an underdog at first. It initially got mixed reviews and did not do very well at the box office. It received five Academy Award nominations that year (it didn't win any), but it wasn't until the 1970s that it started to gain a loyal following. It was truly a film ahead of its time.

It Teaches a Lesson

The movie shows us that every life has meaning. Every person has an effect on more than their own existence. George Bailey went from contemplating suicide to seeing how difficult people's lives would be without him. He learned that one person can make a difference and this is something we all need to realize— all year round and not just at Christmas.