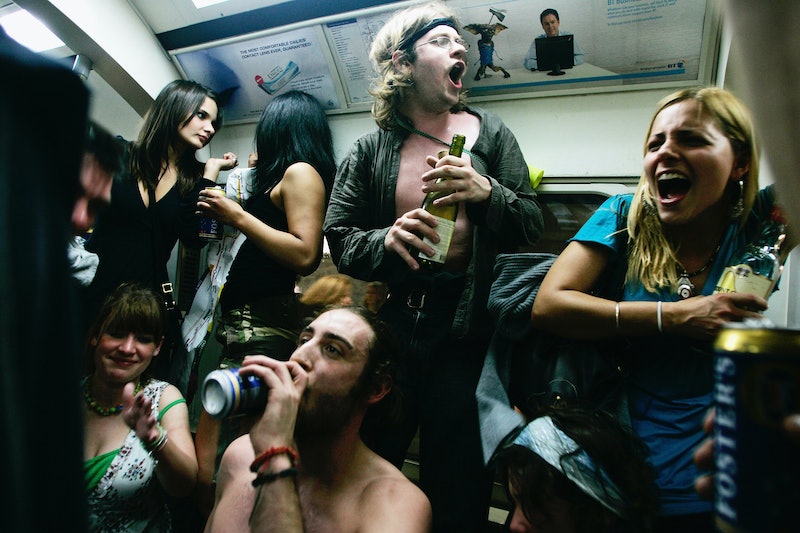 If your partner is turning an age ending in 9 this year, you may have cause for concern — turns out those people are more likely to cheat. Apparently due to the psychological importance we place on age and numbers, we're more likely to act out (to both our own detriment and benefit) the year before we hit the big ones. Silly humans.

A study released this week in Proceedings of the National Academy of Sciences showed that ages ending in nines inspire a time of greater self-reflection. Thus, people were more likely to cheat, to make significant life changes, and to run around town half-naked buying used pinball machines.

That last part could've just been my Uncle Ted, but hey.

Researchers found some pretty illuminating numbers when it comes to sites like Ashley Madison, the community for married people who want to cheat. Though age is easily fabricated online, men who registered as 29, 39, 49 and 59 were 18 percent more likely to be on the site in general than men of other ages.

The reasoning for this could've just been that they weren't willing to admit to the grand old "0" at the tail end of their age, sort of the way my mom's been 39 for 14 years, but who am I to speculate?

As we consider ourselves to be leaving one chapter of life and entering another, we tend to view our realities differently and to contemplate parts of our existences we may not have prior: Am I where I want to be in life? Am I excited enough? Do I have any viable options that would change my life for the better? Do I now require a pinball machine?

And that's when the trouble starts.

On a sobering note, researchers also found that suicide rates were 2.4 percent higher for the nines.

And, to be fair, aging is a scary thing. According to the American Psychological Association:

People 65 years of age and older are the fastest growing segment of the U.S. population...it is anticipated that the number of older adults with mental and behavioral health problems will almost quadruple, from 4 million in 1970 to 15 million in 2030. Mental health disorders, including anxiety and depression, adversely affect physical health and ability to function, especially in older adults. Some late-life problems that can result in depression and anxiety include coping with physical health problems, caring for a spouse with dementia or a physical disability, grieving the death of loved ones, and managing conflict with family members.

But what's most amazing to me is that an arbitrary number so strongly dictates the feelings and thoughts we have on the state of our lives.